MeshCommander is a web-based Intel® AMT management console that you can downloads, install and use to connect to and manage your Intel® AMT computers. MeshCommander is closing in on being two years old. Development in ongoing every week, more improvements & bug fixes keep being published on the web site.

This week is notable for a release of v0.5.3 and new features around MeshCommander’s handling of certificates and TLS connections.

There are many more improvements and bug fixes, but want to keep it short… if you use Intel® AMT, check of the latest version and other tools at http://meshcommander.com. This latest version of MeshCommander is also built-into MeshCentral2. 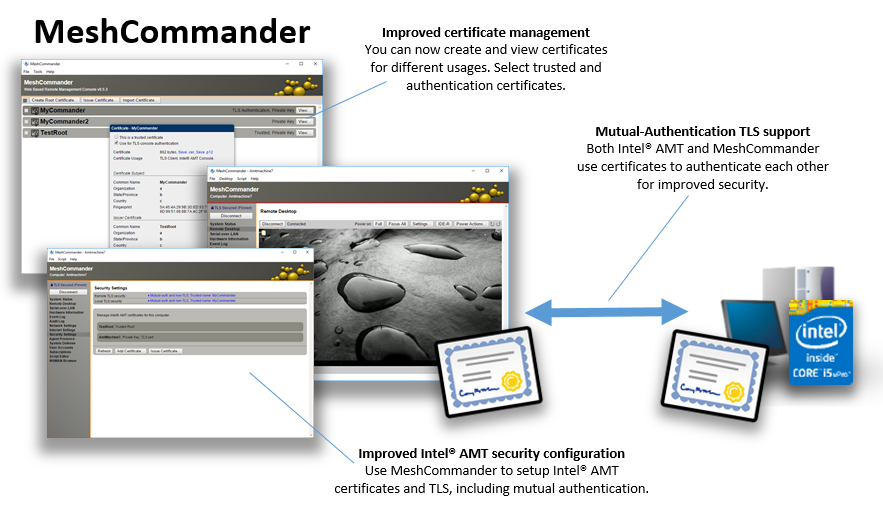 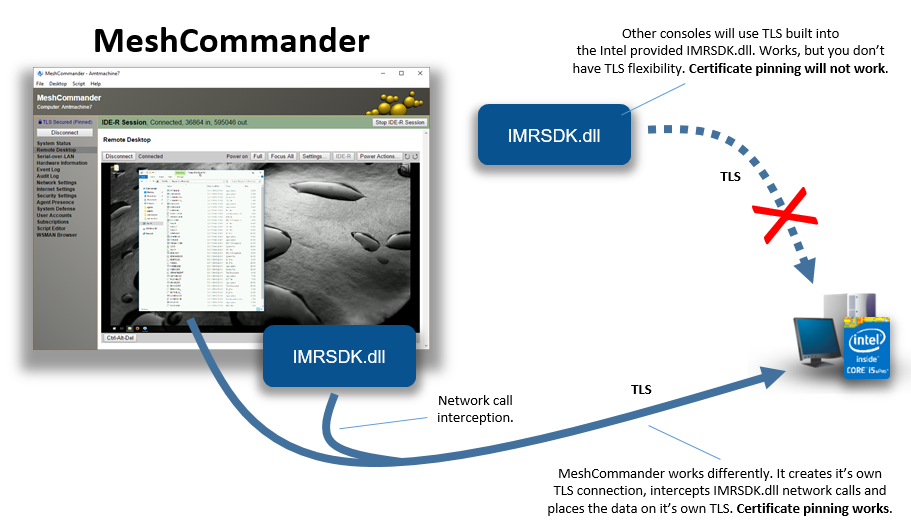 Check out the new YouTube demonstration on how to setup Intel® AMT with
TLS and Mutual-Authentication TLS using MeshCommander
.