The original article is published by Intel Game Dev on VentureBeat*: Watch VR reunite a group of former N64 developers. Get more game dev news and related topics from Intel on VentureBeat. 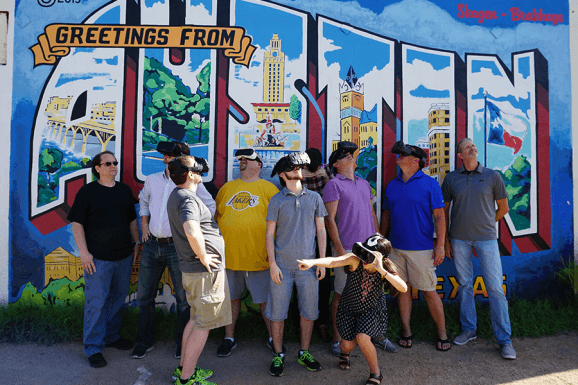 You might not recognize the name, but chances are good that a lot of the folks at Phaser Lock Interactive worked on a game you love — especially if you were a diehard Nintendo 64 fan.

The small group of coders and animators that founded the Austin-based company first met 20 years ago when they were colleagues at Iguana Entertainment, which was best known for games like Turok: Dinosaur Hunter, Turok 2, and South Park. That experience led to lifelong friendships and a Facebook page that helps them keep in touch.

But they never thought they’d be back more than a decade later to work on cutting edge virtual reality games.

Cofounder and chief creative officer Michael Daubert was one of those people. Daubert recently gave us a tour of Phaser Lock HQ, where he talked about the studio’s past, present, and future. Watch the video below to find out how VR brought the band back together and what it’s like to be one of the first indie devs to champion the new technology.