The original article is published by Game Dev on VentureBeat*: More Than a Price Tag: How to Price Your App. Get more game dev news and related topics from Intel on VentureBeat. 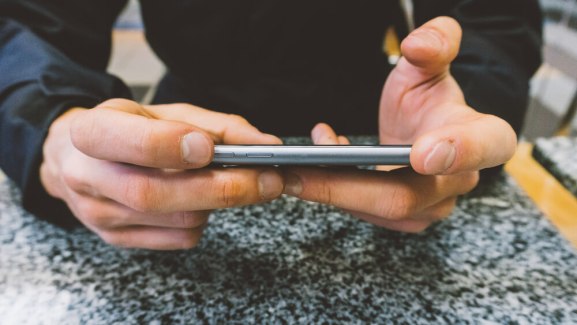 Now that you’ve got an idea or perhaps you’ve built your game, it’s time to think seriously about pricing. How much will you charge for your game? How much will users be willing to pay? It’s tempting to think that the more money you charge for your product, the more money you’ll make, but there’s a big difference between game development and selling widgets.

Take a look below for tips on how to determine your price point, and make sure you’re thinking about pricing the right way.

Why You’ll Make More with “Free”

Charging nothing for your game might seem like a crazy way to make money, but unless you’re offering unique gameplay, or a sequel to a big hit, you might find the biggest wins by offering your game for free—for the first download, at least. Another way to think about this is that profit isn’t always made at the front door. With a game, you’re engaging with your customer over a longer period of time, so consider how to price the experience along the way. If you allow them to start for free, you can attract a larger install base, and then gain bigger profits through in-app purchases or micropayments.

One of the Many Ways to Monetize

There’s more to your monetization strategy than “free” and “not free,” of course. For a deeper understanding of the different approaches and why they might or might not work for your game or app, read our article about monetization strategies. Most Android* games combine free download with in-app purchases. We’ll focus on this strategy for the rest of this article.

How Much Is Each User Worth?

One way to look at profit, and help you set your price, is to understand the average revenue per user (ARPU)—and then multiply that by your anticipated number of users. What is the average amount that each user needs to spend to keep your business going? For a paid app, your ARPU is simply the cost of the download. For in-app purchases, you need to anticipate users’ behavior over time, and how that behavior will add up. The formula looks like this:

Of course, without a crystal ball, you won’t know for sure how many purchases each user will make—but you can make good assumptions based on conversion rate.

To estimate revenue, you’ll need to not only consider how many players will download your game but how well you can convert their gameplay into in-app purchases. It’s generally a good idea to assume a range of .5% to 5%—which means that .5 to 5% of the time a player is presented with a choice to make an in-app purchase, they’ll go for it. Price works on this number like a lever—if you price up, conversion goes down, but by how much? If you price down, conversion goes up, but by how much? Maybe you have a low conversion rate at $1. If you drop the price to $0.50 per in-app purchase, and your conversion rate more than doubles, then it’s a win. You’re charging less per transaction, but getting enough new purchases to make up the difference and more.

When should you introduce the offer of in-app purchase? This is a key development question, as in-app purchases should be integrated as seamlessly as possible into the game. Look to the game itself for answers: How you can you be there when they need you? In-app purchases should be offered during gameplay, and specifically when a player is trying to solve a level or accomplish a task. If you can reach them when they’re frustrated by their inability to get through a challenge—and offer them a solution for a small price—they just might be willing to throw down a few coins to move on.

A Few Key Things to Keep in Mind:

In-app purchases shouldn’t be one-off purchases or things that satisfy too completely—instead, they should be things that lead to further engagement. In other words, how can you unlock more commitment from the user? You want to entice users further into the experience, earning not just their dollar, but their loyalty. Do that by giving them something that they can use later, like a cool new power. Give them choices, which will help make them more invested in future gameplay. For example, you don’t want to sell them all the coins they’ll ever need because then they’ll be done and they won’t need anything anymore. But if you sell them enough coins to purchase either an invisibility charm or a new weapon? Then their head’s in the game, and they’re becoming more invested.

Research Is Your Friend

Not only is it important to do a thorough competitive analysis, it’s also important to continue doing your own research to understand the results of your efforts. Consider doing A/B testing if you have a few different pricing options. That way, you can test out different prices for different in-app purchases to see what makes the most sense for your actual customers, then make adjustments as needed.

Exceptions to the Free Rule: When Should You Charge for the App Itself?

Although the model we’ve discussed here is by far the most common and popular model for Android games, there are still some situations when a paid download makes sense. If you have an installed user base and are launching the sequel to a big hit, you should be able to charge for the download without losing too many customers. The same goes for really established game developers, unique gameplay, or a new technology that people have been waiting for.

Market validation is something we’ve covered in more detail in an earlier article, but it’s a good thing to return to here. Essentially, it’s the process of actually talking to your customers before you launch, and it can be really valuable when it comes to pricing. Ask them directly what they’re willing to pay for certain options, and their answers might surprise you.