Asaf Shelly has been an Intel® Black Belt Software Developer since 2010 and is also an Intel® Software Innovator. With an entrepreneur spirit he is a community leader in Israel driving Internet of Things (IoT) development. Asaf is working on creating Artificial Intelligence powered IoT devices that connect to the cloud. Learn more about Asaf below.

I have deep understanding in technology from electronic components to High Performance Computing (HPC) and distributed systems. My first job was implementing the engine of USB Audio in firmware. Next I was a kernel programmer for Checkpoint Firewall. In year 2000 I became a freelancer providing special turn-key solutions to leading enterprises. From 2001 to 2009 I was a Microsoft* MVP community leader. In 2004 I was the first in Israel to broadcast a TV channel over the internet. The media coverage was positive but my interest was the technology not the business. From 2005 to 2008 I took the role of CTO of a failing startup that developed a cyber security platform. We ended up inventing Software Defined Network (SDN) and for a few years when you googled “asaf shelly” it autocompleted to “asaf shelly patent”. Since then I learned to be deeply involved in the business aspect of my projects. 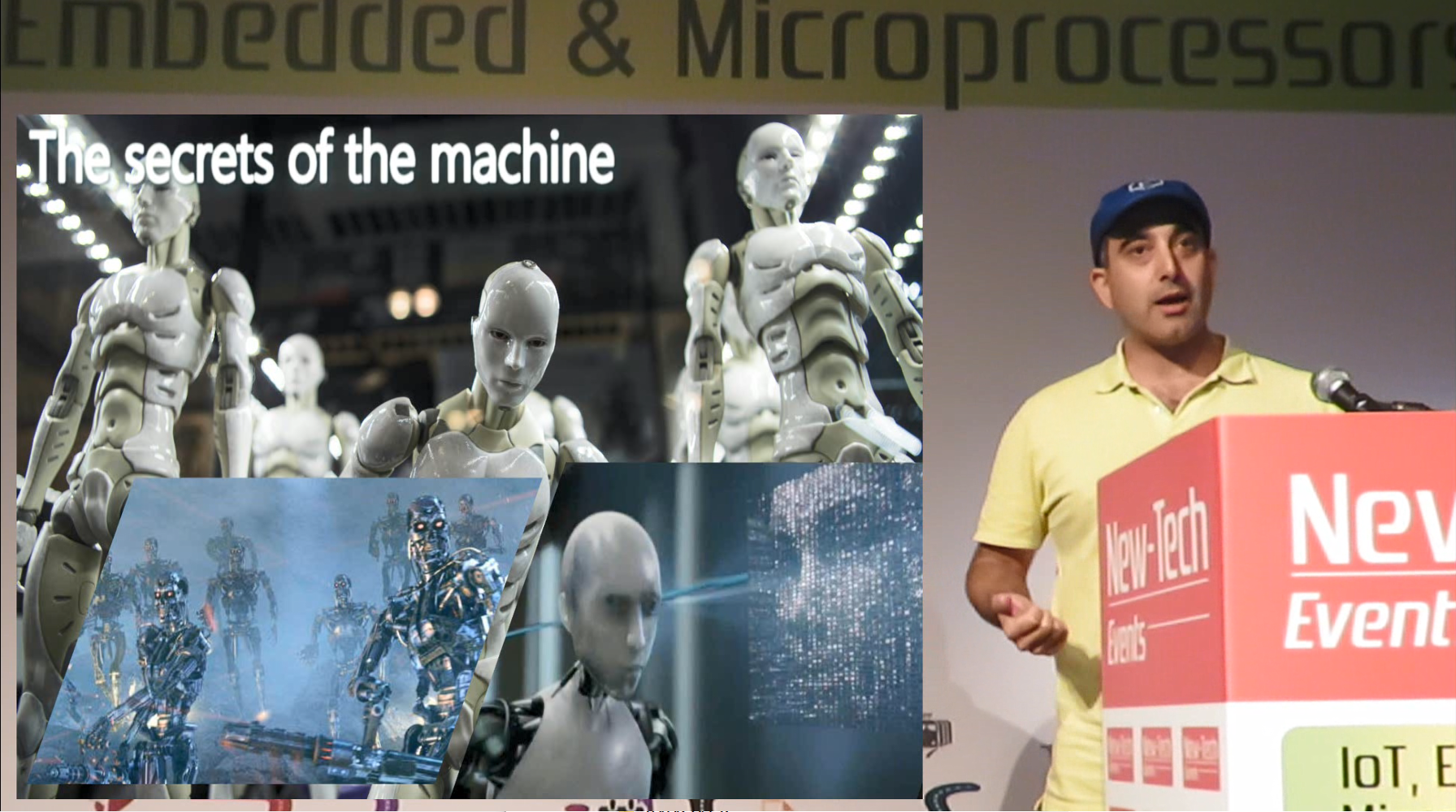 What got you started in technology?

My first line of code was at age 6 on a Sinclair* Spectrum, one line at a time on a rubber keyboard. By age 11 I knew Atari* 800XL inside out until it broke. Then I took some time off and completely put technology aside. When I was 17 I asked my physics teacher “what’s a diode?”. I took his advice and started buying books and learned electronics from the bottom up. I started learning x86 assembly language when I was 19 and by age 22 I added a chapter to a new addition of the first assembly book that I read. In a way, I never started with technology, it was always there. I just had to learn how to express my ideas in the real world.

What do you enjoy about the Intel® Black Belt Program?

In my view, the best part in being an Intel® Black Belt is being part of this group of crazy people who know so much about technology and have such unique views and ideas. Black Belt meetings are never boring and meeting great people from all over the world is very good for perspective. Another great thing about the program is that it always keeps me knowledgeable of the new technologies that Intel is working on, and Intel takes an active part in leading trends. This proved to be very valuable to our startup. 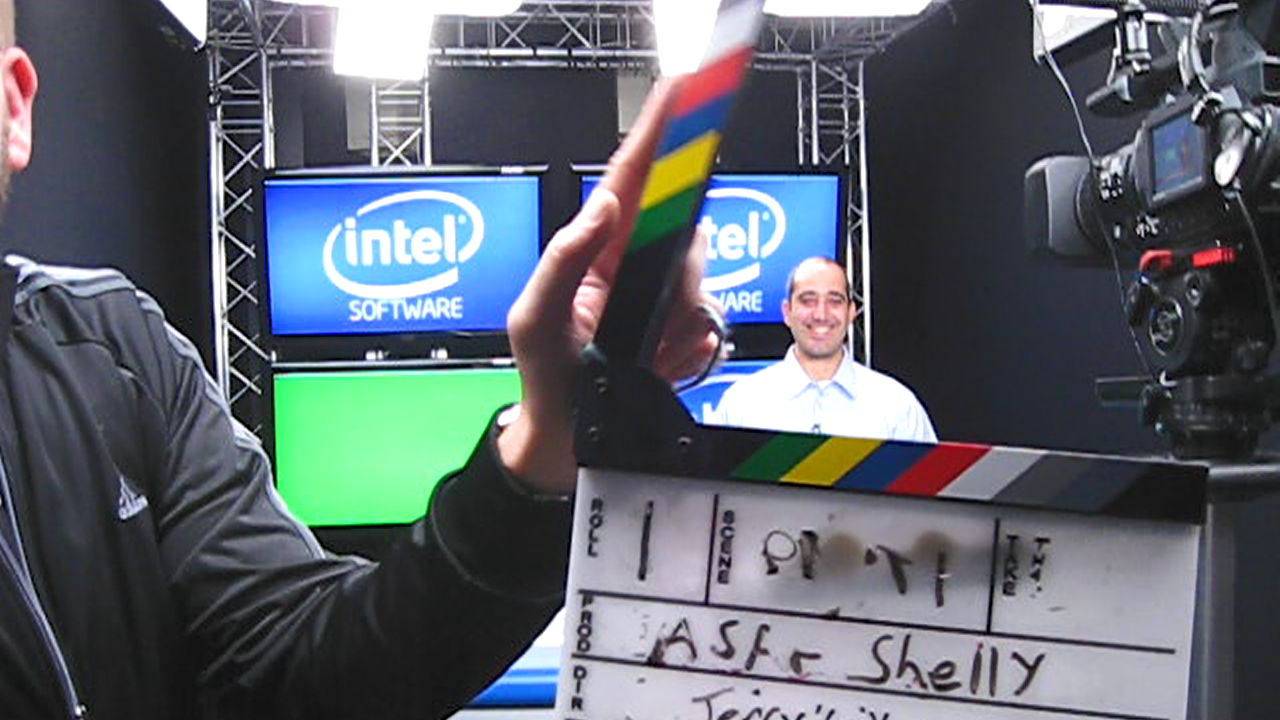 Tell us about Engage Technologies.

Engage Technologies is a small startup that was founded on March 2016. The goal of the company is to accelerate the development of IoT end-devices. The big money in IoT is on the Cloud but in order to have data on the Cloud, there have to be all these tiny sensors that transmit data. Writing code for these IoT devices require great degree of accuracy and a full-stack developer has to know Cloud protocols, firmware drivers, encryption, secure coding, and more. This is very complicated for a person but it is very simple for a machine. 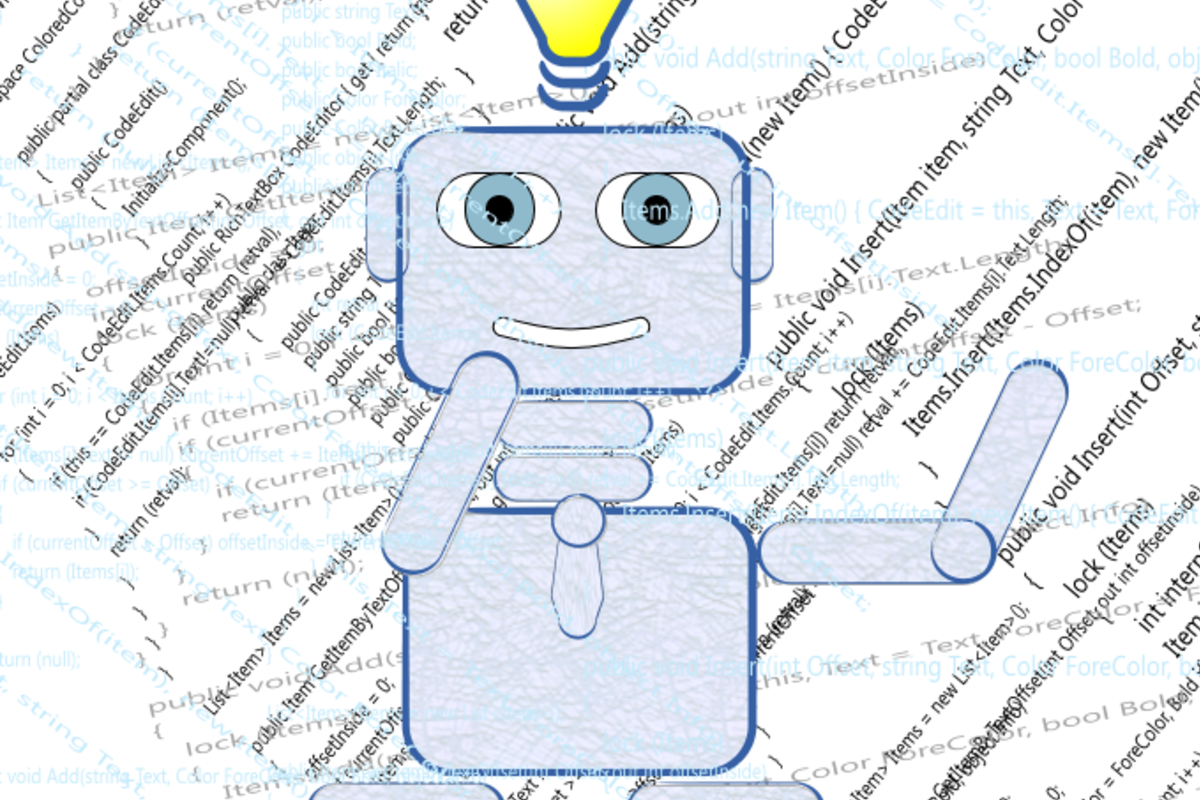 Tell us about your Robotic Programmer project.

We wanted to take software development to the next level and have a computer that writes software. This is perfect for IoT end-devices because most of the complicated business logic is implemented on the Cloud, not on the device. It is similar to an autonomous car. You can’t ask the car to take you to “a nice restaurant” but you can give it a street address and the car will take you there. Our Robotic Programmer is the same thing. You can’t ask it to “solve my problem” but you can ask it to complete the software layers required for your algorithm to work. The Robotic Programmer can write software in seconds instead of months and it will be accurate and will never forget to validate a parameter. It will also remember exactly what’s going on in the software for another 200 years.

So much time is wasted on writing adaptation and interface code. Sometimes I write an idea down on a piece of paper and will never pursue it just because it takes too much time to write the infrastructure. I want to live in a world where I have an idea for a new algorithm and I can start working on it right away and not waste weeks of work just to get the data ready for my innovation.

What are you working on now?

We are launching the basic version of the robotic programmer on March 21st on stage in this big IoT event in Israel. We are going full speed ahead for this launch and at the same time we are always looking for partners and for community members who are willing to help us expand the product. There are so many types of processors and sensors on the market, some of which we don’t even know. The core technology of the Robotic Programmer is very complicated and we are considering making some of the AI engine as open-source for a select group of collaborators. There are many smart people out there and this is bigger than any of us. 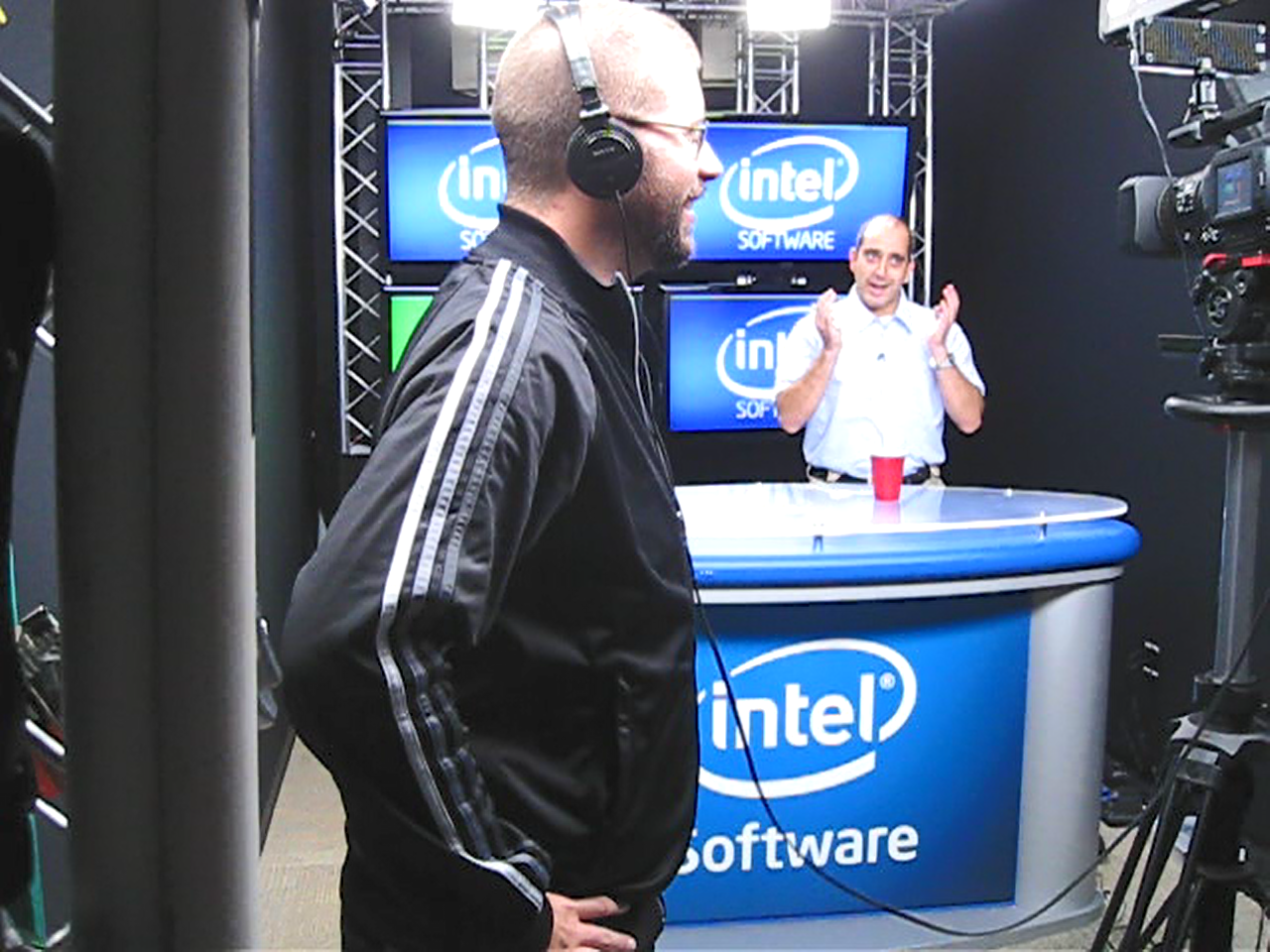 What trends do you see happening in technology in the near future?

There are two major trends having great impact over our lives. The first one is IoT. Although through a magnifying glass IoT is an extension of wired sensors to wireless sensors, what’s really happening is that IoT is releasing computers from being confined to the screen and keyboard. In other words, for the first-time computers are allowed to interact with the physical world around us. For me this also includes Human Machine Interface (HMI) algorithms such as face detection, speech recognition, and text to speech. The end game is mobile robots and the building as a smart device.

The second trend is Artificial Intelligence (AI). Even though this is relatively very new, AI is only a short step of the industrial revolution. The purpose is to automate tasks that people don’t want to do. People want to innovate and explore new things. If invention is 5% innovation and 95% hard work, then the goal is to get rid of that 95% hard work. The goal of the industrial revolution is to reduce the manual labor required for a product and service. The current step of the industrial revolution (industry 4.0) is AI and it is going to impact many professions over time. We can see the impact over sales, marketing, and support, called “Digital Transformation” and we identify that low-tech companies will be the first to adopt AI technologies.

Currently it is in areas such as finance, energy, and government services. I believe that a milestone will be reached when we automate the work of lawyers, accountants and medical doctors. If a surgery is performed by a machine, then the surgeon is freed up to decide on the type of surgery and the strategy. This will remove the manual labor, allow more people to receive treatment, and allow surgeons to express their true value.

Our personal goal is to do the same with software. Software is not an industry vertical, it is a collection of verticals. We hope that by addressing software for IoT end-devices we can also inspire others to do the same in the various fields of the software industry.

Outside of technology, what type of hobbies do you enjoy?

Technology today is almost everywhere we go. Outside of technology for me would be playing with my kids. It’s a good hobby because it makes the world a better place, one person at a time... Apart from that, technology is my hobby. I always explain that low level programming is craftsmanship like building a tiny boat in a bottle, making an image processing algorithm work is like doing a crossword, and designing good UI is like writing a good song, it is all about the way it makes people feel. 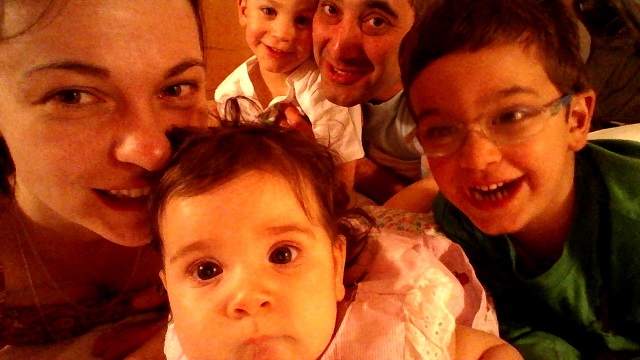 This is the best time in human history and software is redefining everything. Let’s get it right!

Get the full program overview, meet the Black Belts, and learn about the rewards & requirements. We also encourage you to read about our innovator upates and to check out Developer Mesh to learn more about various projects that our community of innovators are working on.