Through virtual reality and an electronically controlled mechanism, the wingsuit flight simulator calls to mind the Vitruvian Man of Leonardo da Vinci. The user controls the flight with a joystick and wears a backpack that wirelessly (thanks to the battery) creates virtual reality. You can fly anywhere for a unique experience. The engines, in full security, allow the person to move like a gyroscope.

The project puts together multiple technologies and allows the player to control the simulation. It is the first Virtual Reality (VR) game prototype in which the person is not only a spectator but also can control the joystick with automation, thus simulating the movement that turns the display into increased reality.

The layout reminds us of the great drawing by Leonardo Da Vinci, who for us is one of the first makers of the modern age.

We used the backpack with HTC Vive*. We created a VR application in Unity* that simulates flying over a city. The 3D mapping is connected on the Internet and you can choose the Global Positioning System (GPS) starting point coordinates. 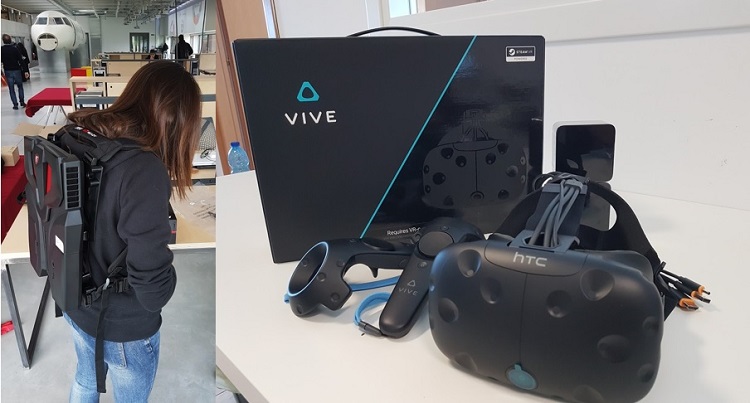 We designed a tailor-made iron structure that is representative of the circle surrounding the Vitruvian Man, a ring inside an outer ring. A person can board the three-meter tall construction to experience the application. 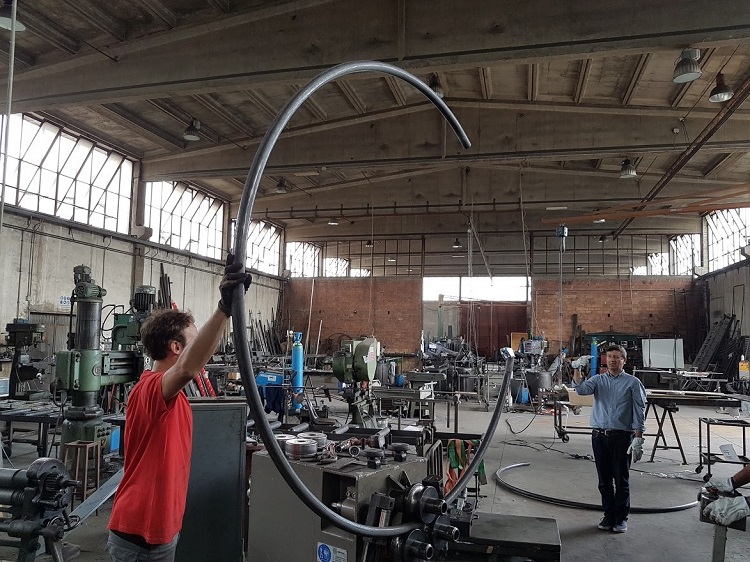 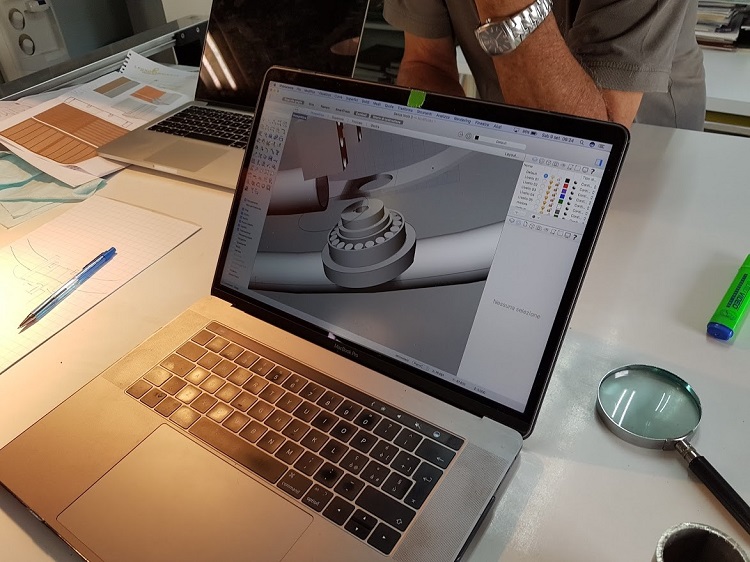 Before construction, we used computer-aided design to simulate and calculate fabrication tasks, and draw components such as the pin joints and motor couplings with precision.

We made a prototype of a wingsuit simulator using HTC Vive to simulate flight in a city-like environment. We used Unity with the Steam* VR software development kit to control the Vive controller and camera head.

To simulate the movement of a character in space, we created a script that uses Euler angles and the vector of the controllers’ direction to go up, down, left, and right.

The large terrain size posed environment generation problems. We used a map generator called WRLD 3D*. It needs an Internet connection and creates a cartoon-style map of the world in run time, so you can fly above New York or London, or wherever you want, without any limits.

The other difficult thing was attaching the controllers to the Vitruvian structure so that they would move correctly. By the way, after many attempts we found a solution for attaching the inner ring near the border, in the middle. It’s like having controllers in your hands. 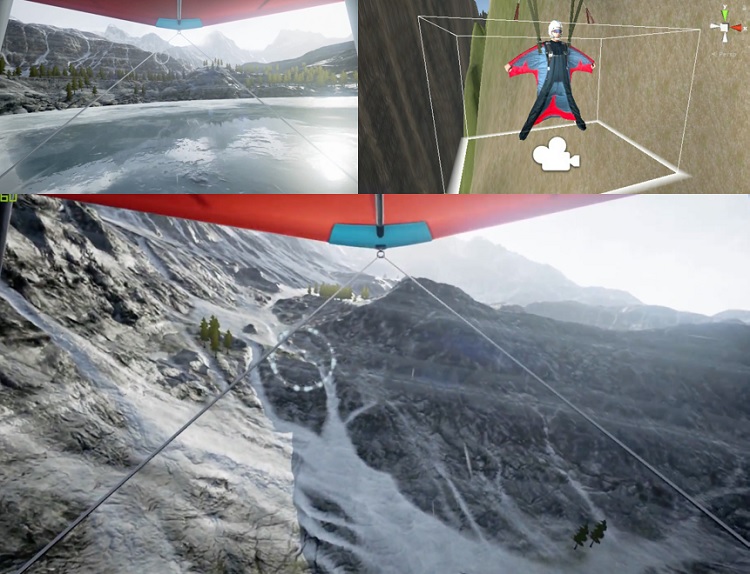 With TinyTILE* we connected the joysticks by converting the directions into input signals on the PLC engine and programmed it with Arduino*. For safety issues, the motors are controlled only through the joystick drive.

Through a second card, we used the accelerometer and the gyro, and we connected the LEDs to visually show the inclination of the person.

It was not very complicated to create the code with Arduino. The complexity was in the conversion logic between the joystick and PLC input. The player can set four positions (up, down, right, left) for each joystick for 16 combinations, while the engines have three maneuver options (forward, back, and hold).

We then mapped the joystick positions by converting engine combinations.

There are eight inputs in the TinyTILE (four pins for each joystick) and six outputs that connect to the PLC. 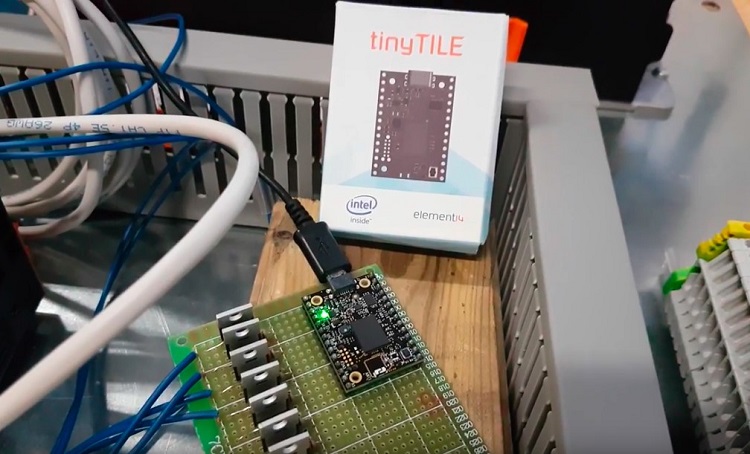 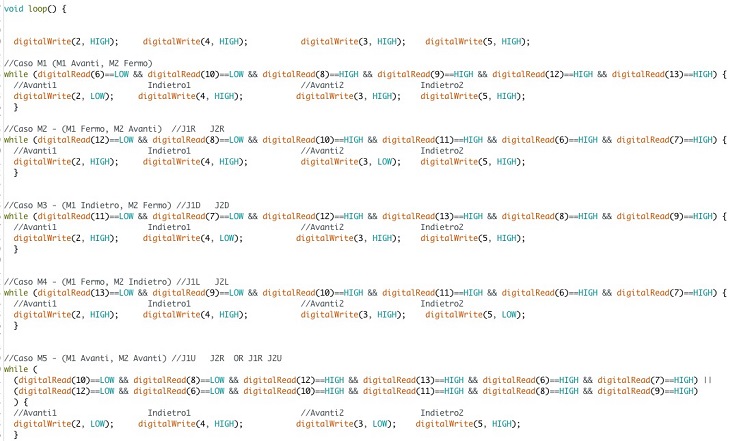 We’ve automated the two rings independently with two engines. This was the most expensive investment. We chose a brushless technology with high performance and manageability through a PLC.

When it comes to people, security is the first step, and we have therefore limited the range of maneuverability to avoid creating discomfort for people who lose control. 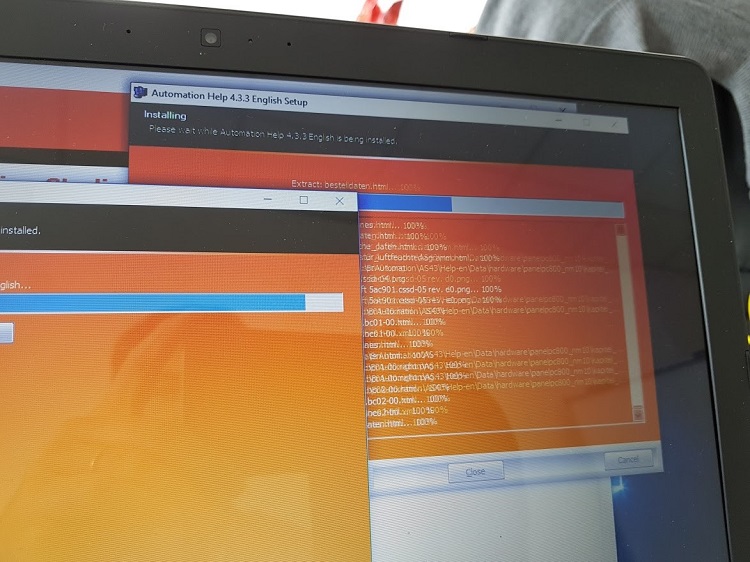 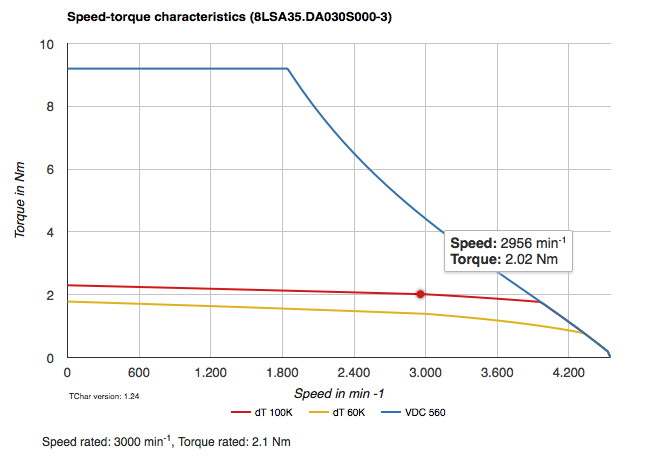 We choose B&R Perfection in Automation because their engine responsivness is the best! 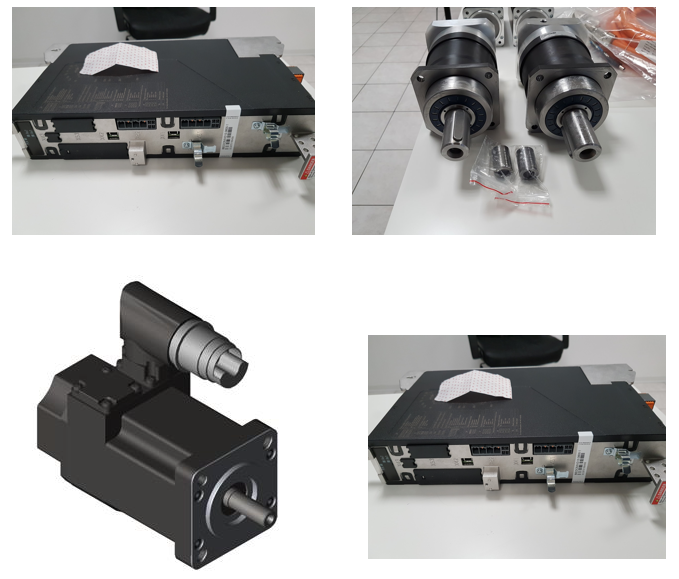 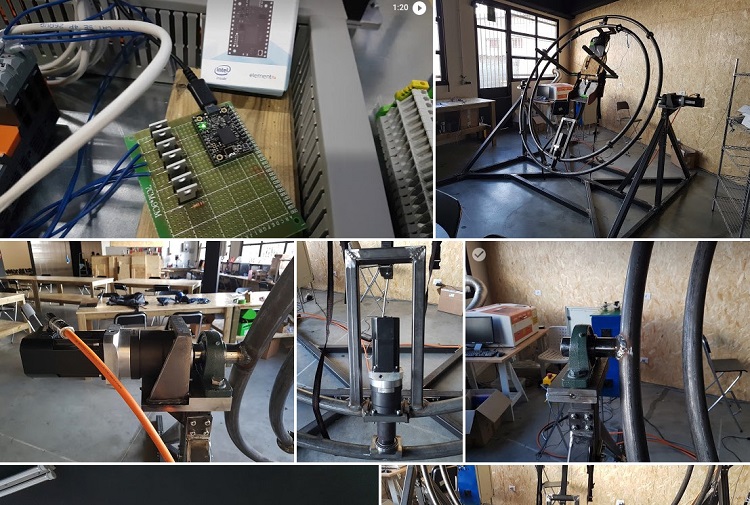 Busnet it —Developed the control board software and the VR software application.

Mingardo Designer Faber—Daniele is the blacksmith who made the custom rings and iron parts.