The original article is published by Game Dev on VentureBeat*: Embracing "the right sort of scary" — Tripwire’s road to success. Get more game dev news and related topics from Intel on VentureBeat. 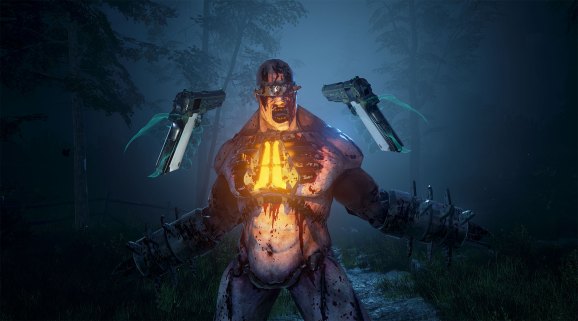 Tech companies famously start in unusual places, like a basement, dorm room, or garage. Developer Tripwire Interactive takes that mythology one step further: Its first office space was on the second floor of a church in Roswell, Georgia.

Fortunately, the staff didn’t mind that the dozen or so people working upstairs were making gory first-person shooters.

“They understood it. It’s recreation. We weren’t trying to do anything evil,” said vice president Alan Wilson. “This is purely about entertainment. And besides, this is Georgia, so you can make jokes about ‘praise the lord and pass the bullets’ and they don’t take it badly!”

Wilson and his cofounders have come a long way since their time at the Crosspoint Community Church. Founded in 2005, Tripwire began as a group of PC modders who won some money from an Unreal Engine* contest with their game, Red Orchestra: Combined Arms (a mod of Unreal Tournament 2004). Twelve years and millions of sales later, the independent company is now known for both its realistic shooters (Red Orchestra and Rising Storm) and the comically bloody Killing Floor franchise.

It recently moved into a new state-of-the-art facility in Roswell.

“When we moved into our old office, five years ago, we had similar feelings. It was, ‘Wow, look how far we’ve come,’” said Wilson. “And now here we are five years on and how much have we grown again? It’s good. … We’re growing, growing sustainably, growing profitably. That has its scary moments, but it’s the right sort of scary.” 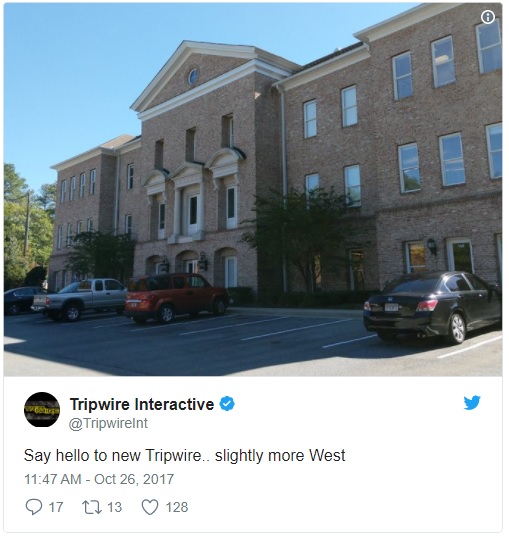 Tripwire’s slow but steady growth is intentional, as it only hires people who can have a long-term future with the company (it currently has 65 employees). Unlike bigger developers, it doesn’t staff up to a massive number of people and then cut them loose after completing a project. One reason Tripwire can do that is because it works on its own intellectual property, and when it comes to tackling new projects, Wilson said they only like to take “a step or three at a time.”

The team’s first virtual reality game, Killing Floor: Incursion (available now on Oculus Rift* and coming Nov. 7 to HTC Vive*), is a perfect example. Unlike past Killing Floor entries — which focused solely on cooperative multiplayer — Incursion has a story mode. It’s Tripwire’s first stab at telling an actual tale in its zombie-filled world.

“There’s lots of things we’d like to try from time to time. But we’re one of those companies that like to pick our risks carefully,” said Wilson. “Going from multiplayer to co-op — that’s a challenge. Taking that and going from PC to PlayStation 4* and Xbox One*, there’s a challenge. With the virtual reality project, we gave ourselves new challenges again. We’ll see what we challenge ourselves with next. We’d definitely like to do more story-based things.” 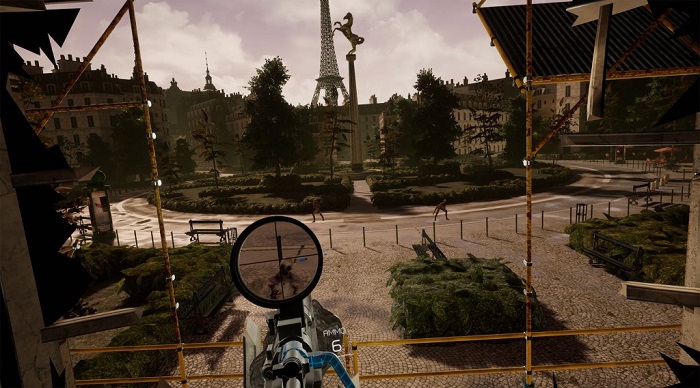 Above:  Even Paris can’t escape the zombie horde in Killing Floor: Incursion.

Dipping Its Toes in VR

Sometimes, Tripwire’s calculated risks don’t pay off. It made two games for OnLive*, a cloud-based gaming service that went out of business in 2015. The developer also made a game for the OUYA* micro-console, which received a lot of attention in 2012 when it raised $8.6 million on Kickstarter*. But that attention didn’t translate into stellar sales, either.

Tripwire is a bit more optimistic about VR’s resurgence, with Wilson noting that the major companies behind the headsets — Valve*, HTC, Sony*, and Facebook* — have the “deep pockets” to withstand the slow adoption period that typically comes with new consumer technology.

So when Oculus came knocking on Tripwire’s door, the team decided that it was a good time to jump in. Incursion came out this past August, and so far, the feedback from fans has been positive.

“There’s technical challenges and game design challenges lurking in VR. But that’s our bread and butter. That’s what we do: learn how to deal with these things, learn how to make best use of new technology, learn how to use that technology to its best advantage in a new game,” said Wilson. “So yeah, we went in on this one and it’s been a very interesting exercise. Have we covered our costs? Not yet. Do we expect to? Yes we do.”

One way that the developer will drive more interest to Incursion is through a free update coming later this year, which adds a much-requested wave-based multiplayer mode (making it similar to the other Killing Floor games). Keeping players engaged through free downloadable content has always been a part of Tripwire’s DNA. For instance, the first Killing Floor came out in 2009, but for years after that, Tripwire kept adding seasonal events, new weapons, characters, and more.

It’s a tradition that continues to this day, and Incursion is no exception.

“We’re always looking for ways to, A, engage players, B, keep them engaged, and C, re-engage them. It always seems to pay off,” said Wilson.

While Tripwire charges money for some of its cosmetic DLC, it believes free content is key to keeping players happy. They don’t want to add updates that would divide a community (like what usually happens when multiplayer games sell map packs) or negatively impact a game’s existing player base in any way.

Building that long-term relationship is important because the developers want their fans to know that when they’re buying a Tripwire product, they’ll get a lot of value for it. 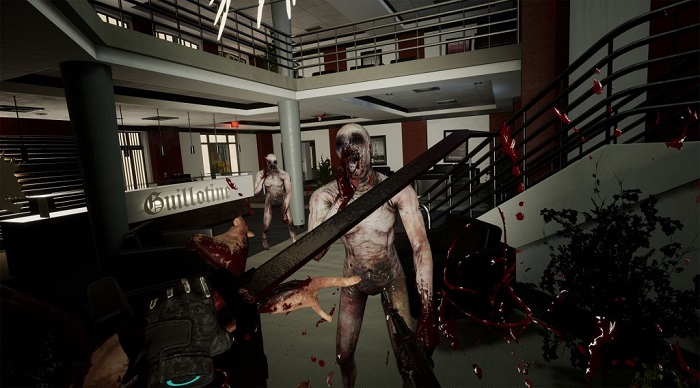 Above:  If guns aren’t your thing, slicing-and-dicing is also an option.

When the team was still renting office space from the church, they were mostly focused on finishing their first game. They didn’t have a road map for what Tripwire would look like in the next five years, let alone 12. But over time, Wilson said their ambitions “slowly expanded.”

One important part of that future will be the creation of Tripwire’s next franchise, something that can stand alongside Killing Floor and Red Orchestra. The developers have been brainstorming for a while now. According to Wilson, they’ve had a “gently running process” throughout the year where anyone in the studio can pitch a new idea for a game.

But it might take some time before we see what the next project turns out to be — Tripwire tends to support its games for several years before releasing the next one.

“Now we actually start to think about planning for that five-to-10-year future … because we can,” said Wilson.