The original article is published by Intel Game Dev on VentureBeat*: Trion Worlds: Moving with the times Get more game dev news and related topics from Intel on VentureBeat. 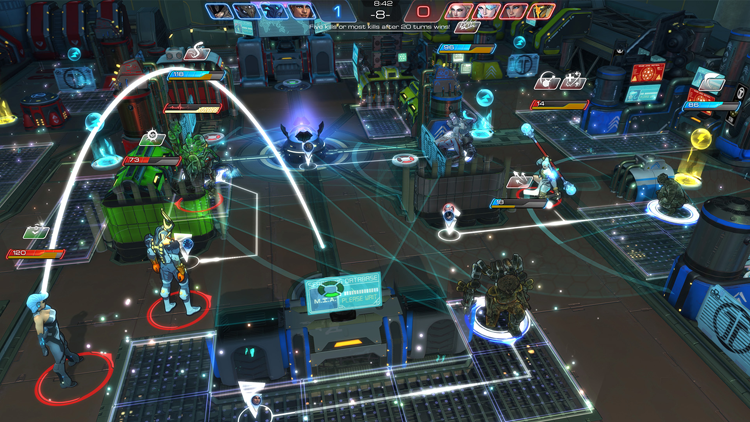 In the big picture of global industry, ten years may not sound like a long time, but in the world of video games—especially online games—it’s a lifetime. Certainly, the past ten years since Trion Worlds* was founded has seen significant shifts in the tastes of gamers, resulting in the company evolving its own game designs and styles to match the emerging trends.

This evolution is reflected to a degree in the journey taken by CEO Scott Hartsman at the Redwood City, CA-based company. After joining initially as Executive Producer of Rift and overseeing the successful launch of the massively multiplayer online (MMO) game, he returned four years ago, as CEO. But Hartsman’s experience in the online PC game space goes back about as far as it’s possible to go in the industry, with stints designing and running games at early online companies such as ENGAGE games online*, Simutronics*, and then at Sony Online Entertainment* with its genre-changing EverQuest and EverQuest II.

It’s this deep experience throughout the fascinating evolution of online gaming that perfectly positions Hartsman to navigate rapidly changing gamer tastes. Casting back to 2007, Trion Worlds was founded with the goal of creating a technology platform on which massive online worlds could be built. At the same time, the company was also developing a game—Rift—to showcase the technology and provide its own shared world experience.

“Things people were aspiring to create were dramatically different from what people are trying to build today,” says Hartsman. “That’s due to changes in technology, people’s tastes, and business models. I guess you could call it Trion 2.0 at this point.”

The shift has seen Trion focus on games or, more specifically, on the tastes and interests of gamers. “We weren’t an engine shop for developers, and because our intended customers were gamers we had to start acting like a game company. So we started focusing more on the games we were creating and less on their underlying core tech ,” says Hartsman.

Rift went on to be a big success in the MMO game space, which served to reinforce leaning towards game development over technology development. But even then, trends in online gaming showed rapid signs of shifting in a different direction from the formulae that had underpinned the design and creation of Rift.

“Going back to 2010 and 2011, gamers were exploring massive worlds for an average of four hours a day, which was very similar to the EverQuest and World of Warcraft* era,” says Hartsman. 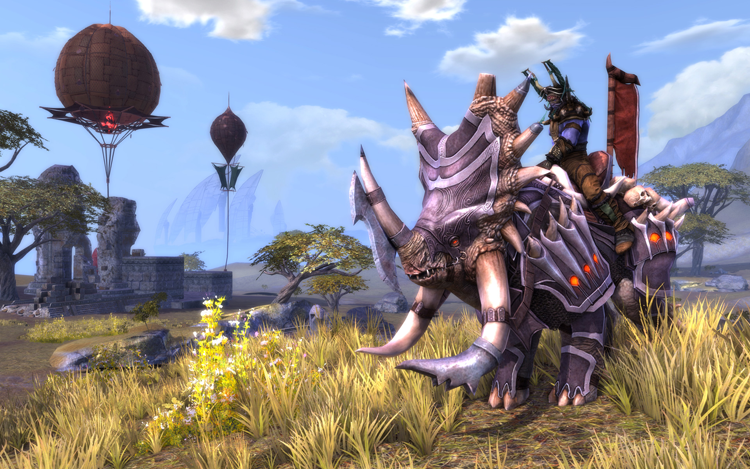 Above: Rift required several years of development, but went on to be a successful massively multiplayer online game.

Hartsman identifies core adjustments not just in both gamer preferences, but in the fundamental accessibility to the Internet and interest in games. “The population of the Internet essentially has evolved to be everyone,” he says. “But tastes change and people are looking for different experiences.”

Part of the motivation of spending those daily hours in online worlds was the social connection made between gamers. Since interest in online gaming wasn’t universal, a willingness to play every day, learn deep game systems, and share experiences was limited, to a degree, to those that ‘got it.’

“Now, people bring their friends with them when they play games. Every game is an online game, and it’s not about coming in to make new friends,” he says. The shift in social dynamic has directly impacted the kind of game experiences embraced by a much wider audience.

“Gamers now play games in five- to 20-minute chunks that they can play over and over again. Look at Hearthstone, League of Legends, Dota, and Warframe, games that have the same depth of engagement but without massive synchronous worlds,” says Hartsman.

Reacting to the world

The change in tastes has led to Trion Worlds bringing its own competitive game to market in the form of Atlas Reactor. Emerging out of its own internal Trion Labs—where 35 initial one-page pitches were whittled down to 15 treatments and then down to three prototypes—a passionate team crafted its unique take on the crowded competitive gaming space. 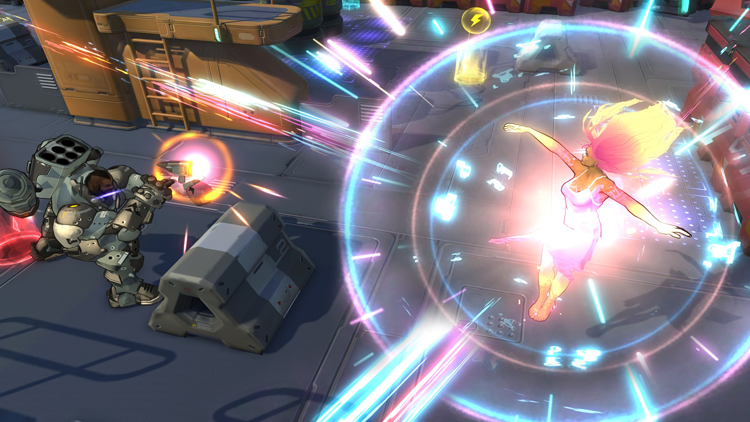 “It’s more strategic than fast-action, and it’s set in an arena, but we didn’t want to be entry number eight in the lane-based MOBA (multiplayer online-battle arena) market. If you’re not in the top three, you might as well not exist,” says Hartsman on the importance of differentiating. For Atlas Reactor, it was important to find a niche to own and so, rather than challenge the fast-action lane games, the team crafted a simultaneous turn-based formula for its four-on-four competition. “It’s entertaining in the way Texas Hold ‘Em or American Football are entertaining,” says Hartsman. “You get a plan in your head and then everything happens at once as the plan plays out.”

For Trion Worlds, it’s refreshing to develop a game in a tighter, more focused environment given past experience building massive synchronous online worlds. “When you make an open world game, you can’t get a sense on whether it’s fun or cohesive until very late in the project,” says Hartsman. “You never get the vertical slice to see if it’s fun because it takes four years to get to that stage.”

“It’s bringing game development a little out of the wild west—like it was a decade ago—to something with more predictability and sanity,” says Hartsman, adding that the opportunity to constrain the scope of the project has the added benefit of “increasing the chance of actually shipping the product.”

Another key off-shoot of developing along a narrower vertical slice of gameplay is the ability to iterate constantly. Hartsman is keenly aware that despite tremendous hype, an open world game could launch and simply not function. “I have a difficult time being hard on developers in those situations,” he explains. “Because they are so complex, in many ways it’s a miracle that they work at all.” 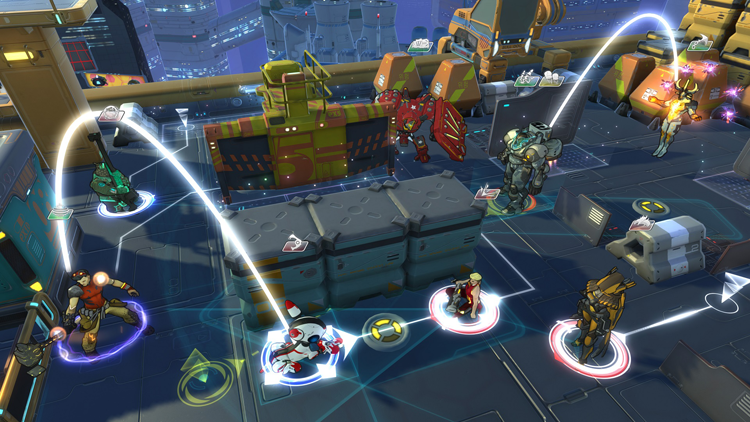 Above: Owning a niche was vital to Trion Worlds as the company moved into the competitive gaming space.

Despite a somewhat easier development process with iterative gameplay testing, the marketplace challenge is heightened due to the volume of competition and evolving audience expectations. “Quality goes up and player expectation with it,” says Hartsman of the current competitive environment, “but that’s what we want to focus on, improving quality rather than making wider and wider landscapes.”

As this swing in the development pendulum vogue hovers around the shorter experiences that have fueled the massive growth in MOBAs and mobile gaming, Hartsman relishes the opportunities still out there should it shift back to open, shared experiences. “I look forward to that again, it’s a personal passion. As a gamer, I enjoy playing those games, but the fact that we’re making these multi-strained games helps us streamline the quality,” he says.

Whatever direction the gaming industry wind is blowing, the lesson—or the message—is to stay nimble, and stay attuned to the changes in what the gamer wants to play. “People sticking around the last decade are in a constant state of reinvention,” says Hartsman. The only real certainty is that by the time your game is finished, another trend will have shifted the direction of consumer interest. Stay nimble.