Assassin’s Creed* Rogue is the newly released game from Ubisoft, originally released on consoles and ported to the PC in March of 2015. The game’s story provides a “missing link” between several Assassin’s Creeds and is set in the mid-18th century. Much like Black Flag, it contains both naval and land exploration. The story follows Shay Patrick Cormac as he turns his back on the Assassin’s Creed to follow his own path.

From the beginning, the development team decided to target the game on a wide variety of hardware platforms, making sure that all the Assassin’s Creed fans will be able to experience one more great game in their beloved universe. Targeting the new graphically intensive game on all platforms brought new challenges for the rendering team.

One of the main goals was to enable solid 30 fps at 720p on Intel® HD Graphics 4000 equipped PCs. 3rd generation Intel® processor graphics is one of the most common graphics processors available today. The fact that you can play the newest and greatest games on these thin and light machines is exciting but also requires significant optimization and tradeoffs to make sure players get a solid 30 fps.

“Assassin’s Creed fans use a wide range of computer hardware, suited to their needs: some of them have big workstations while others chose lightweight portable solutions.

We will not force the users power profile on the laptop / Ultrabook, thus it will not be officially supported. This was a decision we had to make to ensure that our users don’t have unpleasant surprises.

We did however want to provide all of them with the possibility to enjoy the game.” said Corneliu Vasiliu, the Assassin’s Creed Rogue PC producer.

First, tests showed that framerate was at 8-12 range, and the team started to look for optimization opportunities. After initial experiments and collaborative work with Intel engineers it was clear that optimization is not enough—some render pipeline stages and some post-effects have to be removed completely. We based the decision about which effect to remove based on its cost and visual influence to meet expectations of hardware owners.

Using the Intel® Graphics Frame Analyzer, which is a part of the Intel® GPA toolkit, we discovered most performance hungry effects and features.

Features we enabled are textures size (even reducing textures size by a factor of 4 gave almost no performance boost) and anisotropic filtering.

Features and effects which affect performance most: 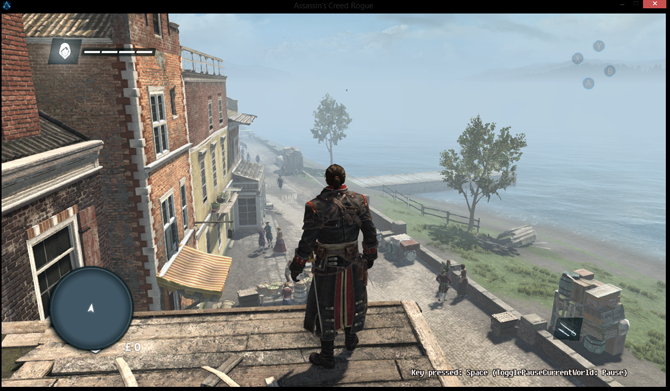 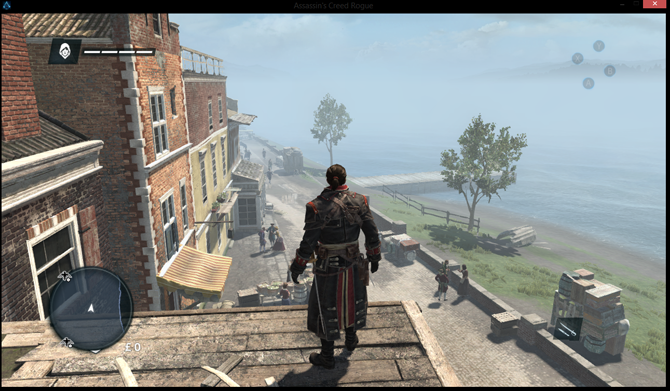 Figure 2. Coloring and detail is lessened on medium settings 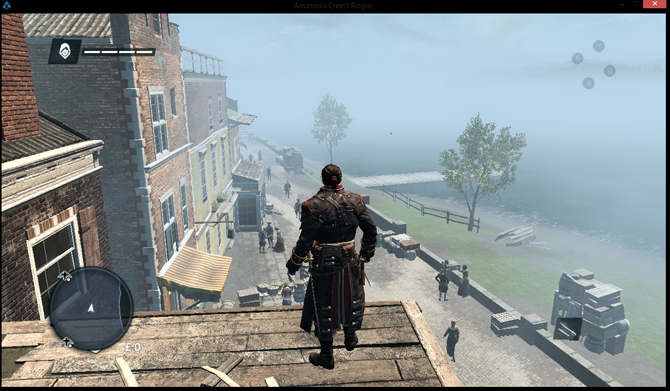 The first render pipeline stage was cascaded shadows generation. Due to restrictions imposed by the gaming engine, we could not reduce the number of cascades so we had only one option: give users the ability to turn off shadows completely. Tough testing discovered some problems with this approach—the level of design was dramatically changed with this optimization choice. 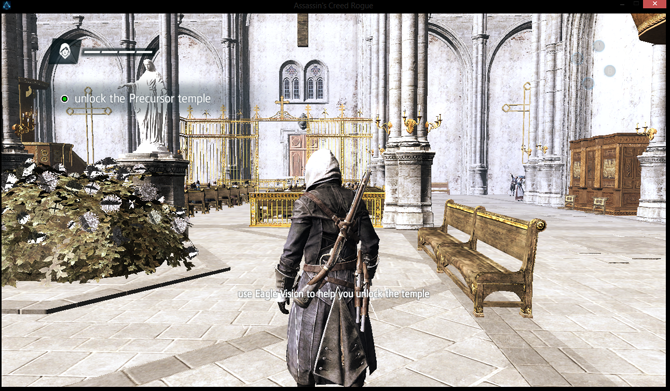 Figure 4. Lack of detail with shadows turned off 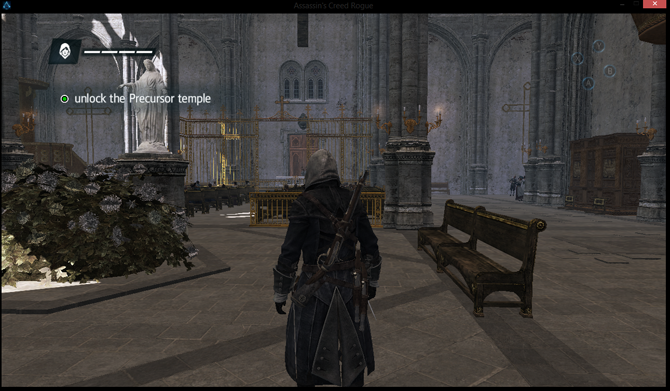 Figure 5. Original design with shadows on

By taking changes in detail into account we had to force shadows on problem levels even in lowest quality. We used single cascaded shadow maps technique with performance tolerant filter to enable them. 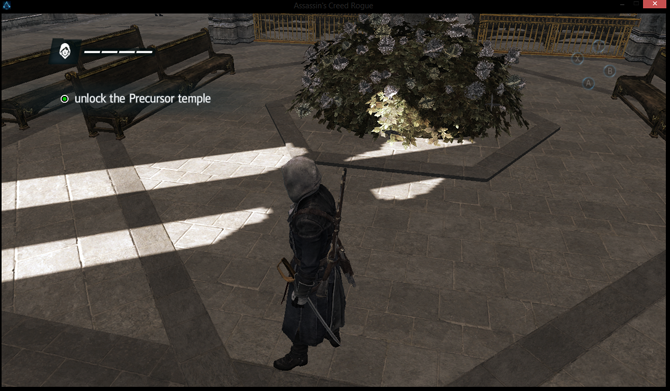 Figure 6. With use of simple shadow maps, details start to appear on lowest graphics quality

Detailization of the Ocean Mesh

The second largest optimization was fine tuning the level of detail of the ocean mesh.

The only issue in this part was to leave triangles’ proportions to avoid shivering artifacts at long distances. 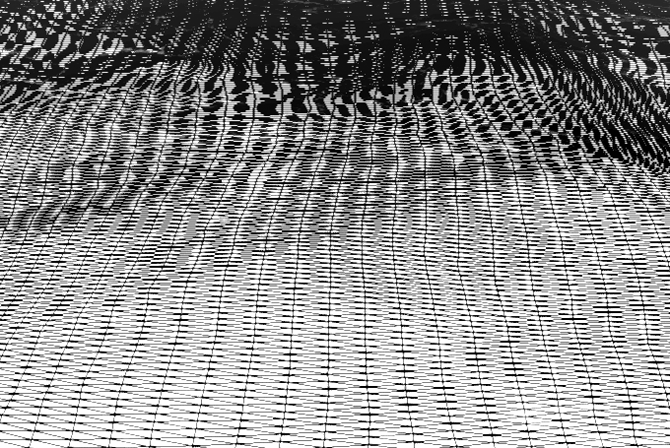 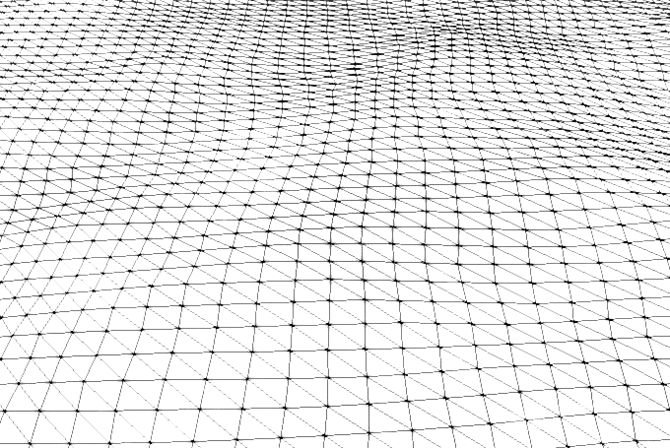 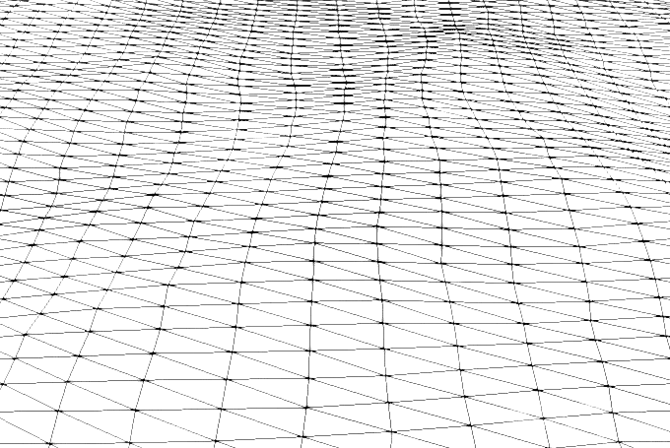 The third optimization was to simplify vertex calculations for big “fake” meshes (distant objects grouped in one mesh). The game did not use normal maps but had complex computation of inverse tangent space matrix. As a result we created new permutations of the shader that ignored normal maps and simplified calculation for distant objects.

For the lowest settings we cut the number of particles, while still keeping the game’s consistency and general mood of the scene.

Some render effects and techniques were simplified on lowest graphics settings:

All these optimization led to some issues:

3rd generation Intel Core processors where released in 2012. During the last 2 years Intel released 2 new generations of its Core processors with improved Processor Graphics, including the new Iris™ and Iris™ Pro graphics, which can provide more than 2.4x performance over Intel HD Graphics 4000 and provide better energy efficiency, letting gamers play longer when their laptops run on battery.

All these reductions were justified because they didn’t affect owners of high-end hardware and gave us the ability to run the game on almost all DirectX* 11-compatible hardware - install base rules :)

Maksym joined Ubisoft's team in 2014 where he works on rendering pipeline support and optimizations. He has more than 12 years of experience in the industry in different positions and is passionate about game development and snooker.

Olexander joined Ubisoft Kiev in 2014 and AC Rogue was his first gaming project and first rendering experience. Before this he had only GPGPU development experience so rendering is an exciting field of study. In addition to programming he is fond of PC gaming and overclocking different PC stuff.

The Assassin’s Creed Rogue PC team in Kiev is composed of highly experienced professionals, all gamers at heart. We understand what users like and dislike, and during our production, the end-user satisfaction is always our highest priority.