The original article is published by Intel Game Dev on VentureBeat*: More than Just a Pretty Game (With Dinosaurs). Get more game dev news and related topics from Intel on VentureBeat. 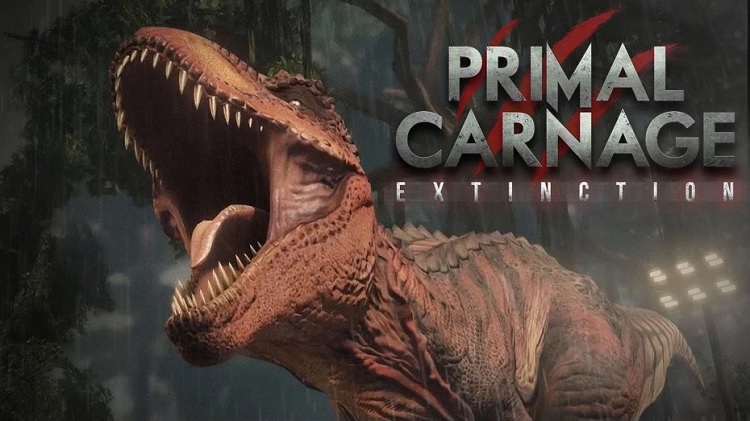 “It came about as an accident…I wish there was a better answer,” is Pubgames Director Chris Murphy’s candid response to explaining the origin of the studio in 2011. Based in Melbourne, Australia, the founding developers considered their options while completing their final year of university. “We were doing double degrees in Computer Science and Multimedia,” says Murphy, “and there were things we didn’t know, but we didn’t know at the time exactly what we didn’t know.”

Solving this conundrum was relatively simple as it turned out. “We started building games for the sake of building games, to try and figure out what would go wrong,” he adds.

Their first game, a mobile space shooter called BlastPoints, led to the group getting noticed and them setting up a small business to formalize the organization. As an official company, they could then apply for government grants that assisted in getting the group into production. “Now we have our name on a bunch of titles and a semi-stable business,” says Murphy.

With what Murphy describes as the “snowball now rolling downhill,” it seemed the team may have solved the problem of knowing what they were doing. But as for the true complexities of game development, even with the lessons learned, Murphy and Lead Gameplay Programmer Luke O’Byrne both chuckle at the notion that “we still haven’t.”

The initial smaller-scale successes afforded the chance for the team to take on its first big PC project. “We pushed so heavily to do Primal Carnage: Extinction,” says Murphy. “Aside from it being a really fun concept of being dinosaurs to eat your friends, we saw it as a great place to see how an economy would go in games.” The game, released in 2014, still maintains an enthusiastic audience, and the studio continues to add significant upgrades.

It wasn’t just the dinosaur fights that attracted Pubgames to Extinction, but the opportunity to figure new methods of making the game development economy work. “We were one of the first in the world to use Valve’s economy system, and suspect through our compliance—and tears and sweat—they learned about the Steam inventory service, and others. Having players able to trade and sell between each other generated so many things that we never expected,” says Murphy.

Among these ideas was the concept of giving most of the game content away for free. Then, with players trading among themselves, purchasing packages, and playing the game for the opportunity to get rarer and rarer items, the system reflected some of the new ideas on indie game economies. “We also ended up with a great, engaged community,” says O’Byrne. 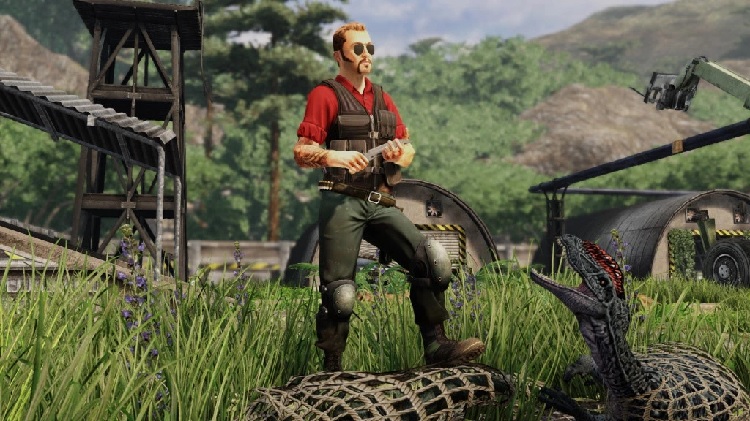 Above: Primal Carnage Extinction—capturing dinosaurs while wearing your cool shades.

Diversify: A key to success

Statistics exist that suggest in the last year more games were released on Steam than the total of its previous history, but that the revenues generated were the same. That means there are more games earning the same amount of money, but spread more thinly among the numerous options out there for gamers.

So, the Pubgames team accepts that finding that hit idea becomes more of a challenge. “Being given a blank slate and blank check doesn’t tend to lead to the most creative product. Having some limitations can help the creativity to focus on what the players want, what they should expect,” says O’Byrne.

That could mean game-styled or game-related content, but sold to clients in enterprise and training businesses.

“We’ve done some pretty weird stuff.” says Murphy, “Our work has always been super-varied. One project could be minor contract stuff, then we’re designing dynamic weather systems in the next, and then a full-blown PC and PS4 in the next.”

It’s a diversification plan that fits with the notion of ensuring that each project doesn’t simply pay for itself, but also helps take the sting out of the next project becoming some terrifying gamble.

“The panic is always there,” says Murphy, “but we’ve been really lucky. Because of how we started, there were some hard years, so it has been a long, hard road. Hoping for the best and planning for the worst.”

“There’s been a real shift to using game technologies and ideas in non-game areas,” says O’Byrne. At a recent VR conference, it was noted that a common theme was taking game-style content and applying it to work for training, or for museum exhibits, and many more functions that make non-game teaching aids and other content interactive.

They also note a trend in the Australian indie development community where teams in Melbourne have jumped into the mobile space and VR (many studios share communal offices in combined workspaces and incubators), while the Sydney studios are applying their game technologies to enterprise work and marketing.

“Without the overseas financial backing, teams have been forced to go for smaller projects,” says O’Byrne. “But doing ten of those over, say, ten years can really push company growth versus two or three big game projects in that time.” 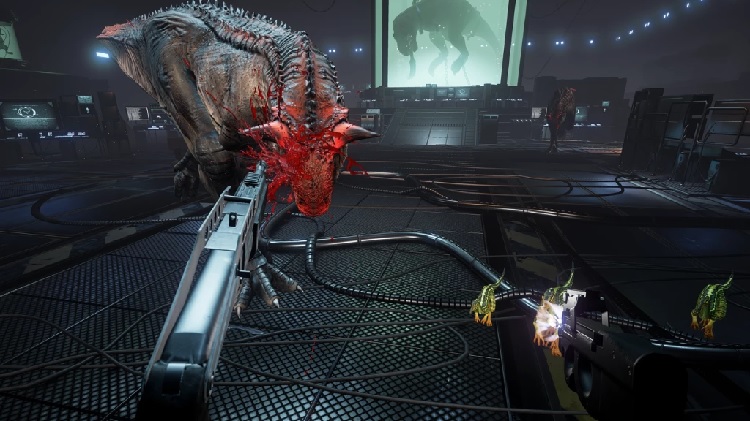 Above: Primal Carnage Onslaught will enjoy a full release as the marketplace develops with more headsets and more powerful PCs in the hands of gamers.

Exhaustively exploring new technologies is part of the kick that drives these computer science majors, and the flexibility of a small indie studio to pivot into a new space is a luxury not available to the larger AAA publishers. “If Augmented Reality looks like it’s actually going to be a thing, then we can chase it,” says Murphy.

That was partly the case with the team’s follow-up to Primal Carnage Extinction with Onslaught, which pitched the dino fighting action into the VR realm.

“We went early with VR, that’s fair to say, hoping to capitalize on the early audience, and our community of players in Extinction,” says O’Byrne. “Onslaught started as a weekend R&D project. What can we do with VR? Very quickly we had a fun project and realized we could do this,” he adds.

However, the Early Access results weren’t performing as the team had hoped so they are candid about having to sideline the project for a while and turn attention to some of the diversified other projects. They did confirm that the game is still in active development.

Such are the benefits of a nimble, small studio, and challenges of a small studio’s project not performing as hoped. It’s this flexibility of the marketplace that keeps the team open-minded about where it sees itself in the future.

“Eighteen months ago, I would have said something very different,” says Murphy, “but internally we have an enterprise project we can’t talk about just yet. We also released a successful training course. I wouldn’t have said a year ago that the company products are dinosaurs and enterprise software.”

“We’ll always look to what can be achieved with new technologies because it’s always a challenge creatively and intellectually,” says O’Byrne. So is assessing the influence on game design as well as the marketing of platforms like YouTube and Twitch that they accept can change the dynamic of the industry. “Open-world horror games like PUBG and DayZ aren’t successful just because of the genre, but because they play well to the audience with the crazy stuff that can happen, and they can find absurd things absolutely hilarious,” adds Murphy.

So, this group of university friends continues to shift wherever it needs to in order to survive as a successful indie studio, remain working together, and keep playing with the new, wonderful toys that come along.