You light a few candles, turn off the lights, and say Bloody Mary’s name 3 times in to the mirror… can you get past your terror and solve a series of puzzles to escape the room before Mary can get through? Just in time for Halloween, Well Told Entertainment has launch their first game, Escape Bloody Mary. They’ve taken a nostalgic childhood game and modernized it with today’s technology in a most creative way combining VR and the current escape room frenzy. I had the opportunity to talk with Sam Warner from Well Told Entertainment to learn a bit more about them and their newest game. 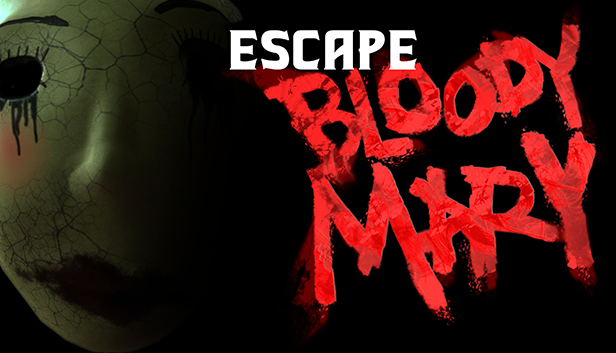 Well Told Entertainment was formed by a group of developers and artists, primarily out of Chapman University. About six months after graduation a big job came along in the augmented reality space and we needed to coordinate a small team to get it done. Instead of ending our relationship there, we decided to continue working together as a company, looking for other new media jobs to fuel our internal development on projects like Escape Bloody Mary.

What made you interested in starting to develop for virtual reality?

We see the emergence of VR as a totally new creative frontier. We can apply what we’ve learned as game developers and filmmakers as much as the medium allows, but so much of it is experimentation and exploration allowing us to be creative and innovative and really to just have a lot of fun.

Tell us about your new game, Bloody Mary.

Escape Bloody Mary is a short and sweet horror VR escape room following the folklore behind the legend of Bloody Mary. Turn off the lights, light a few candles, say her name three times into a mirror and you might see her on the other side. The game takes you through the worst possible scenario of the childhood ritual. Prepare for an immersive horror experience which transforms your typical bathroom into an unsettling and stressful haunted environment with seemingly no way out.

How did you come up with this game?

Our first iteration of the game was the product of a 30 hour game jam, at Titmouse Studios in Los Angeles and hosted by Monster VR. As most developers who have participated in hackathons know a game jam is a chaotic nightmare of energy drink fueled creation. A few of our developers and artists participated in the jam and due to the time constraint, they decided to develop a basic VR experience surrounding the legend of Bloody Mary thinking that the nostalgia factor would increase the chances of the game being widely received.

Tell us how you built it.

After starting the game at a VR Hackathon we decided to finish it in time for Halloween, which meant that the whole production took under four weeks. We had our core mirror mechanic in place and most of our assets made, but we still had to build out the atmosphere. We needed to make it scary. We develop in Unity3D and our animators and developers worked closely to ensure that Bloody Mary was seamlessly placed in the environment. We wanted to make people really feel like they were trapped in the room with her.

We focused first on puzzles and events that created a good sense of dread, with payoffs that encouraged progression. Instead of banishing Blood Mary with your gaze we went instead for the satisfaction of lighting candles in VR. We were in a realistic bathroom so we had to keep puzzles logical but their outcomes unpredictable. By pairing simple logical actions with supernatural reactions we were able to make the user feel like they were a child doing whatever they can to stop a spooky demon. Our climax (which I won’t spoil) was core to the initial concept of the game and we spent lots of time planning every moment that took place right at the end.

What technical challenges did you face making this?

The implementations of the mirror causes a lot of difficult performance hurdles that we had to overcome. Rendering is currently very expensive in VR as it happens twice, but having another camera re-render the entire scene forced us to cut some corners with how lights behave and how we cull assets in the scene. The most difficult aspect of the development seemed to come at the end. We had the entire game playable but it wasn’t quite “scary”. We had to massage the timing on every event and trigger so that our atmosphere was preserved throughout, and maintain the dread that being in the room with Bloody Mary so inspires.

Give us an overview of the gameplay. What should users expect?

We love to do escape rooms in real life, and creating them in VR is so much fun for our team. While the restrictions of normal physics apply to brick and mortar rooms, ours can throw most of that out the window to create powerful moments for the user. ‘Dangerous Escape Rooms’ are what we like to call these experiences.

Escape Bloody Mary is a horror themed escape room; its part nostalgia, part puzzle-solving, and part fear factor – and its guaranteed to get your heart racing. Players must stifle their terror and discover how to prevent Mary from getting to them through a series of puzzles. Without spoiling too much, once you go through with the ritual of summoning Bloody Mary it’s a frantic dash to escape and save your soul!

How is the game being received so far?

We’re getting great feedback from everyone in the VR community. There’s a growing population of escape room enthusiasts that really crave this kind of content, and we’ve been told several times ours is one of the best! One of our Steam reviewers even went as far to say “I have to give it credit for being the first escape game I’ve played in VR that looked like it had a budget.” We’re very happy with our reception considering it’s our first game in VR.

What’s next for Well Told Entertainment?

Our ‘dangerous escape room’ has been very well received! We plan on reusing much of the tech we built to get Escape Bloody Mary done to continue developing adventures like this one. We’re also working on a racing game called Vapor Riders that has a cool blend of flying and skiing locomotion that we’ll be starting at the beginning of next year.