The original article is published by Intel Game Dev on VentureBeat*: How Muse Games keeps rocking the online multiplayer boat Get more game dev news and related topics from Intel on VentureBeat. 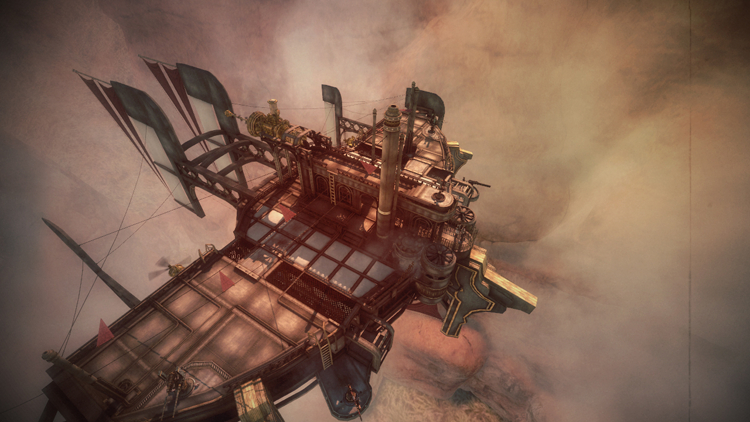 NYC indie games studio Muse Games launched its flagship game, Guns of Icarus*, under a dark cloud in 2010. Very literally. As the game went live cross-platform on Steam*, the App Store, and web, Hurricane Sandy made landfall in the tri-state area. The storm was one of the biggest natural disasters the city had ever seen, and it was almost a natural disaster for Muse as well, in an industry where competitiveness is compounded like interest.

“Launching a multiplayer game during a hurricane was disastrous — our hosting servers were knocked out so no one could get into it,” says Howard Tsao, CEO of Muse Games. “Somehow we were able to gain traction and survive that.”

Muse also survived an office fire, a studio flood, and went toe-to-toe with a publisher — almost losing everything they had built, designed, and sweated over.

But all signs pointed to triumph in the end. In Guns of Icarus, now known as Flight of the Icarus, players are a privateer on an airship in a post-apocalyptic world. The game was made by four people in just six months. Before the launch, Muse was buoyed by positive press, previews, and videos; Kickstarter* backers were fiercely loyal and got the word out. And when the game went live, it jumped up to second place in indie games and seventh overall on Steam. 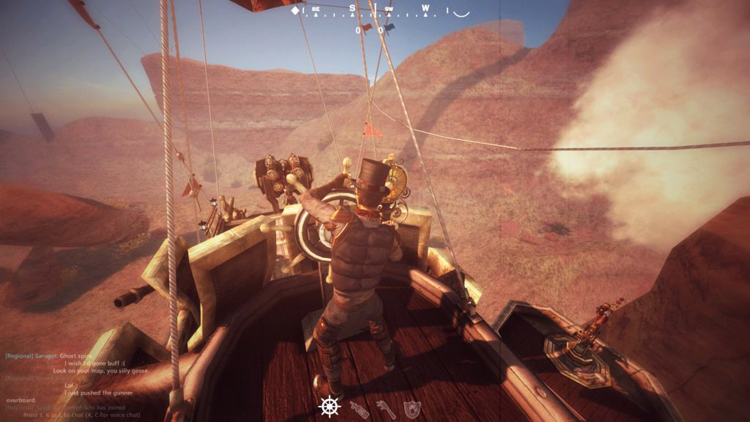 Above: Guns of Icarus

“Before Muse, we had never made a game; we’re not established game makers and we didn’t come from big companies, triple A studios, or work in the game industry,” Tsao says. “We just decided to start making games with the little bit of knowledge and the tech base we had accumulated.”

Guns of Icarus Online, which launched in 2012, was the online multiplayer spiritual successor of the original Guns of Icarus, and a major expansion of their original vision. The company launched a Kickstarter to raise $10K to offset costs—and they ended up with over $35K and a stadium of enthusiastic fans that have become a community dedicated to testing, finding bugs, playing the multiplayer steampunk airship shooter, and spreading the word.

In 2013, the developers crowdfunded again: this time for an expansion, adding single-player and co-op. And now Muse is back with Guns of Icaraus Alliance, a bigger, brighter, more complex world where players can drag all their buddies onto the same airship, which can be customized, equipped, and sent hellbent for leather into battle with other players or a complex environment full of smart and angry enemies.

“With Alliance, one huge challenge was with scope, particularly with the AI development,” Tsao says. “We had never done something this sophisticated AI-wise.”

To make the gameplay work properly, they had to build an AI director, teach it to fight, and teach it to fly.

“We took inspiration from Left for Dead,” says Tsao. “All of those enemies are AI-based and dynamically react to players’ tactics to ratchet tension up and down depending on how the player is doing. Enemies can appear in different locations and at different times, and there are different crescendo events that can be initiated It’s designed to throw players off balance and make sure no matches are quite alike.”

Full immersion in the world of the game is Muse’s goal, so they work to balance between realism and exhilarating game play.

“You definitely have epic moments where you’re holding a pass against enemy onslaught or you’re chasing people down or blowing up an epic boss,” Tsao laughs.

The search for epic was a major inspiration in game design from the bottom up, because they are consistently focused on new ways to play in the game space. 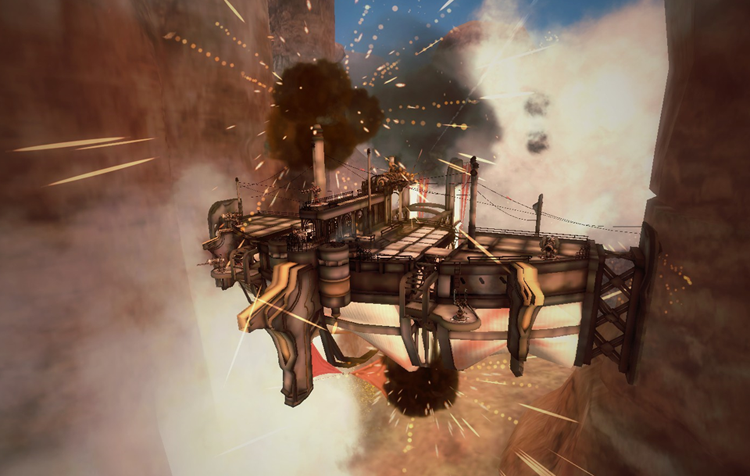 “Getting big guns and shooting big guns is always super satisfying in a single-player campaign of an FPS, but it’s always really scripted,” Tsao explains. “For some reason, no one has made it a central mechanic of an online multiplayer game, so we decided to try it.”

And once they decided it would be really cool to make that the core mechanic of the game, they had fresh inspiration: how do we keep players on their toes and continually on the edge?

“We started looking at time management games like Dine or Dash and tried to capture that frantic feeling of multi-tasking,” Tsao says. “We wanted to  add something to make players really frantic while they’re being shot at.” Besides being shot at, of course.

“Building all of that was a huge learning experience for us,” he says. “We didn’t know how to do it, but that was the interesting thing about this project—to take on this challenge and build a game that’s really sophisticated in a way we had never done before.”

“Getting the word out is another complicated hurdle,” Tsao adds.

“Getting players excited about a game in general is a constant challenge,” he says.

“Making a game with the tools we have — whether it’s Unity*, Intel, or NVIDIA — definitely makes it a lot easier to build high quality and highly polished visual games. But at the same time, discoverability and getting the word out are also that much more difficult.”

“It’s on the developer now to really start thinking about aligning the marketing message and the pitch early in concepting, designing, and prototyping,” Tsao explains. The added benefit is that the vision is clear and how to market the game is clear. Also early on, we could potentially generate assets that help build awareness for the game.”

“Waiting until the game is ready to be teased isn’t an option anymore,” Tsao adds.

“Years ago, we waited to tease until closer to the release date, but I don’t think we can afford that luxury in the current climate,” Tsao says.

But their passion keeps them competitive too. Muse has built other kinds of games, but Alliance features the gameplay of their hearts.

Even as they’re building the next generation of Muse Games releases, they continue to add dynamic content to keep player teams coming back to the not-so-friendly skies.

Guns of Icarus Alliance is available on Windows*, Mac*, Linux*, or on Steam.