The original article is published by Game Dev on VentureBeat*: How Funcom* reinvented a five-year-old massively multiplayer online game with Secret World Legends*. Get more game dev news and related topics from Intel on VentureBeat. 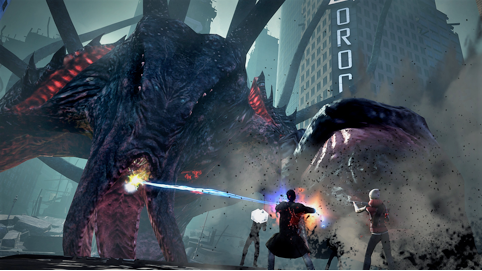 The Secret World launched in the summer of 2012, quickly gaining praise for its elaborate, conspiracy-filled story, fully voiced NPCs, and unconventional quests. It was Funcom’s third massively multiplayer online game, but completely unlike Age of Conan or Anarchy Online. Unfortunately, player numbers dwindled, and despite dropping the subscription, it never quite made the splash its developers had been hoping for.

This year, it was rebranded and relaunched as Secret World Legends, accompanied by a slew of major changes, including the shift to the free-to-play business model. For Funcom, it’s been another opportunity to showcase the game’s unique take on MMO role-playing games.

"We always felt that The Secret World was undiscovered," says Rui Casais, Funcom's CEO. "Some of it was due to risks we took that didn't pay off, and some of it was due to market conditions. The game was more than four years old, and we saw revenues declining as they naturally do when a game ages. We needed to decide what to do next."

Funcom realized that there was an untapped market: people who had never had a chance to play the game because of the barriers for entry, like the subscription and, once that was dropped, the box purchase. This was also an opportunity for the team to take a bird's eye view of the game—to explore what wasn't working and what was holding the game back. The result was new systems sitting next to the things that The Secret World had always excelled in.

A lot of the changes simply wouldn't have been possible in a live game. "When you've got a live game, you've got to be careful about what you change," Scott Junior, Secret World Legends' executive producer explains. "You don't want to disrupt the core audience, but you need to fix things that are causing attrition, so a lot of the time you come up with band-aid solutions. When you're doing those band-aids, you get very annoyed that you can't do specific things, like why did we make this decision five years ago to have no levels? That's one of the big problems we had."

The Secret World had a classless system with free-form player progression and no levels. Junior jokes that the system gave them buzzwords they could use in marketing and press releases, like ‘horizontal progression', but it put too much of a burden on players.

"There's been 20 years of games with levels to teach you what a level means, but we didn't have that," he says. So one of Secret World Legends' biggest additions was a level system that not only made progression clearer, but allowed players to gauge how challenging an enemy might be from their level, as well.

Combat, quests, dungeons, the graphics — they all went under the microscope and were reconsidered, tweaked, and upgraded. More than an update, it was a reinvention. And it seems to have paid off, with areas and hubs that were once ghost towns coming back to life.

"We had more people playing than we expected, and revenue has succeeded our expectations," says a relieved Junior. "But obviously when you launch something new, you're never exactly sure how the user is going to consume it. There are still some areas we need to address, so we'll be constantly listening to feedback and making changes, but we're very happy with it so far." 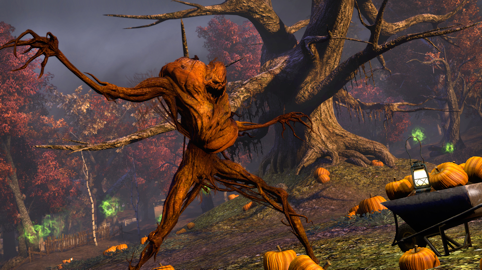 It might not have gone as well had Funcom not spent a lot of time considering how it implemented the free-to-play model. "How do you make money with a free-to-play game? With a subscription model you can always rely on people giving you their $15 a month," says Junior. "When we went buy-to-play, there was still the box sale. With free-to-play, we had to make the decision: do we gate content? Do we sell missions? Or do we sell vanity and convenience? And that's what we ended up with: convenience."

So Funcom now sells ways to level up faster and power up weapons more efficiently, but mostly it's cosmetic items, pets, and vehicles. Want to hunt down monsters while wearing a golden tuxedo? You can absolutely do that. Many of these items are also available by simply playing the game and spending in-game currency. And everything else, including the DLC issues that were sold over the course of The Secret World's life, is completely free. "Every piece of content for the game is free and will be free forever," Junior reiterates.

As the studio has seen, the free-to-play model also comes with a host of new expectations from players. "The moment you have additional monetization after the box price, players treat it like a service," explains Casais. "They expect more out of the game, they expect more support, and more communication from the developers." But Funcom has some experience with this through Age of Conan: Unchained and The Secret World Legends after the subscription was dropped.

What hasn't changed is the game's focus on storytelling, not just through fully-voiced characters and cutscenes — which Secret World Legends has even more of — but through subtle world building and mysteries that players have to investigate themselves. Even with a more traditional leveling system and other conveniences, Secret World Legends is still quite different from other MMOs. 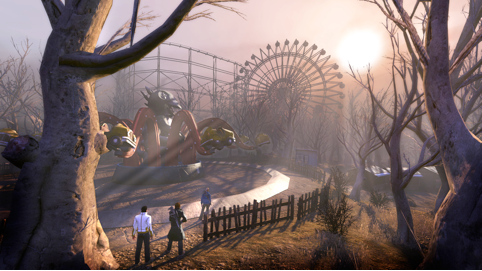 "I do think there is a thread — all of our games try to do something different, and break away from the norm," says Casais. "Not necessarily a specific system or specific feature, but the games always have a strong social component and innovation that makes them special."

"Innovation is a good word," Junior agrees. "But we also take big risks. Anarchy Online was one of the first sci-fi MMOs. Age of Conan was probably the safest of the MMOs, but we still took big risks. There's nudity, which I think was a first for MMOs, and we had an action combat system. And Secret World Legends is very risky because we put so much more on the player, more responsibility for what they need to do, like the investigation missions. There are actual riddles in the game, and that takes a lot of work on the player's part. It's not as hand-holdy as other MMOs. And there's the setting: it's modern and horror, which is not the safest way to go with MMOs."

Live MMOs rarely stay the same for long, and Secret World Legends will continue to grow. Funcom had four years' worth of stories it wanted to tell in The Secret World, and a lot of them remain untold, perhaps to be given another chance through the relaunch. And there's an entirely new season of content in the works, as well.

"At the end of Tokyo, the player discovers an answer to a mystery they've been following for a long time," explains Junior. "So Season 2 starts to unravel new questions, while answering other questions that have been laid out before. Players will be traveling to a completely new location, encountering new NPCs with fully-voiced dialogue and cutscenes."

But Junior and Funcom are also looking further into the future, past Season 2. "The plan is to continue telling the story and continue adding unique experiences that haven't been seen before in the game."