The original article is published by Intel Game Dev on VentureBeat*: Cuphead’s creators get back to normal after their colossal — and exhausting — year. Get more game dev news and related topics from Intel on VentureBeat. 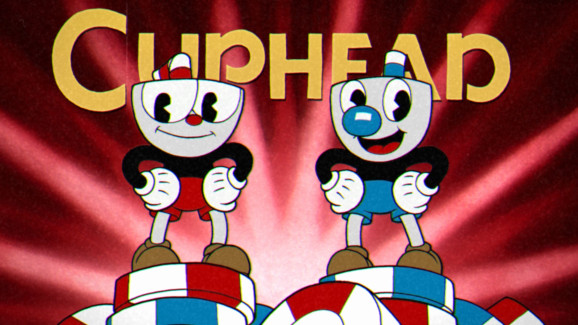 For StudioMDHR, life is anything but normal. And the Moldenhauer brothers might be the happiest people in the world right now.

In September, StudioMDHR founders Chad and Jared Moldenhauer (along with a small army of artists, animators, programmers, and musicians) released Cuphead, a dazzling tribute to Betty Boop-era cartoons and brutally difficult arcade games. On paper, it’s a disparate combination that, in the hands of a lesser team, probably wouldn’t work.

But for Chad and Jared — who don’t have any formal game dev experience — those influences were a vital part of their childhood. They wanted to see what would happen if they combined those elements into one game. It worked.

Critics and fans embraced Cuphead in a way that not even the Moldenhauers could predict: In October, StudioMDHR announced that it sold more than a million copies. When interviewed for this story, Chad and Jared still weren’t able to process just how successful their little passion project had become.

“I think it’ll take a bit longer before we can fully step back and see it all, but we’re over the moon happy. Our entire goal going into this was, ‘Let’s make a game we love, and if by chance it sells enough that we can make one more game, that would be the most beautiful thing,’” said Chad.

“The fact that we can make more games — this is the best thing in our lives. That was our only goal, to make a game.”

Before jumping into full-time development, Chad was running his own marketing and web design company, while his brother had a job in construction. Jared described those early days (back when the studio only had three people) as a Groundhog Day-esque routine: do construction work during the day so he could pay the bills, make the game at night, sleep, and then start the process all over again the next day — all while trying to juggle friends and relationships.

“Having a life again is a really weird though. It’s not even, ‘The game shipped, hurrah!’ It’s like, ‘I have a life again? I can go see my friends?’ Your brain goes crazy,” said Jared.

For the past five years, making Cuphead consumed both of their lives. That’s why, according to Chad, they were still feeling a bit numb a few weeks after release. The fact that millions of people were playing the game was still a lot for them to digest. 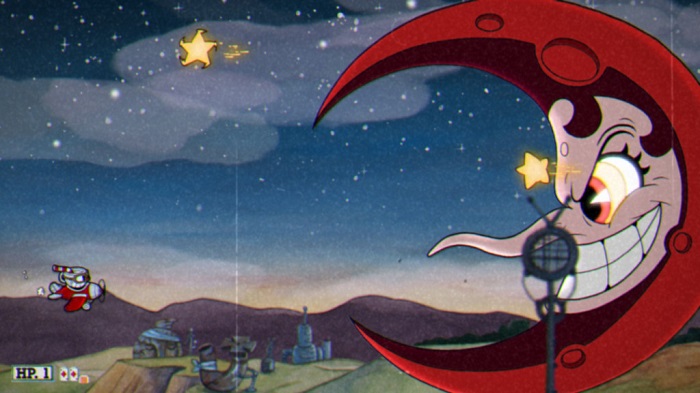 Above: Cuphead’s bosses come in fantastical shapes and sizes.

Life in the public eye

Indie developers usually struggle to get press coverage and attention for their game. But StudioMDHR was fortunate enough to have a huge following years before Cuphead came out. A lot of that is due to Cuphead’s impressive art style; it really doesn’t look like any other game. It also helped that the Canadian company struck a publishing deal with Microsoft, giving it access to a worldwide stage like the Electronic Entertainment Expo (E3) trade show.

At E3 2015, Chad and Jared showed up during Microsoft’s annual press briefing to introduce the latest trailer for the game. This version of Cuphead, however, was different from the one you can play today. Originally, it was just a small series of challenging boss fights.

“That was what we thought we could feasibly do to achieve what we wanted, which was like, ‘We have enough resources to make this type of game. If I have to go back to construction work, so be it,’” said Jared.

“But at least I could say, ‘I took a chance when the time was there, and I’ll always have, officially, a game I made.’”

The overwhelming feedback from the E3 2015 presentation changed everything. Cuphead’s popularity exploded. It encouraged the brothers to quit their day jobs and remortgage their homes so they could expand the size of their team.

Chad and Jared always had bigger ambitions beyond the game’s boss fights — what they called their “dream scope” — and the positive reception from E3 convinced them that they should turn that version of the game into a reality. 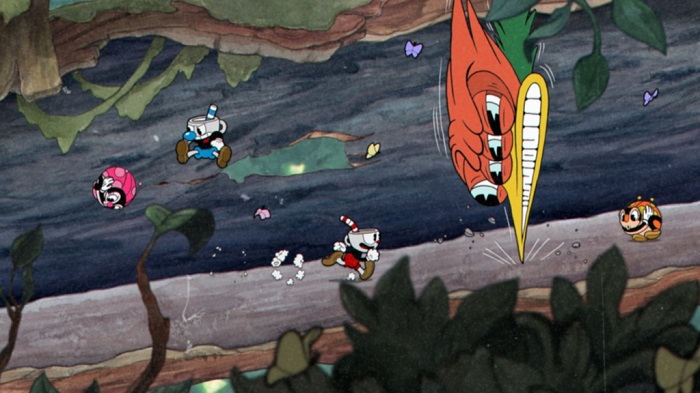 Above: Up to two players can tackle Cuphead’s notoriously difficult levels.

“We’re super happy about it, the entire progression. From going on stage at E3, seeing the big reception, the fans actually clamoring all the time — it’s just been amazing,” said Chad. “It invigorated us as we were working.”

StudioMDHR added platforming levels and more boss characters, which also meant they needed even more hand-drawn artwork. Building these new worlds, encounters, and animations took a quite lot of time, forcing the developers to step aside from their promotional appearances.

As a result, Cuphead had a much smaller footprint at the following E3, and missed its 2016 release window entirely. Some fans were worried about the lack of news, fearing that the game was cancelled.

In reality, StudioMDHR just didn’t have the bandwidth to both manage the community and finish Cuphead in a reasonable time. For the sake of the game, it chose the latter.

“We gave out as much info as people needed to know,” reflected Jared.

A return to normalcy … sort of

Despite working together for so long, the folks at StudioMDHR (11 in Canada and three in California) met each other in person for the first time at the Cuphead launch party in LA. Like the brothers, the other employees didn’t have any experience in the games industry.

Chad Moldenhauer described the team as a happy “fluke” because when he first started recruiting people, he looked at animation reels on Vimeo and YouTube and reached out to their creators — the ones who responded are the people who ended up on the team. It worked out perfectly.

Given that MDHR is an abbreviation of Moldenhauer, it’s also fitting that almost a third of the staff are family members, including artist and producer Maja Moldenhauer (Chad’s wife) and director of experience Ryan Moldenhauer (a cousin). According to the brothers, that was mostly accidental, as their family was one of the first places they looked for feedback while making the game.

“It just came to be that way. It wasn’t like we were going to start a company and say, ‘We will only employ Moldenhauers!’” said Jared, laughing. 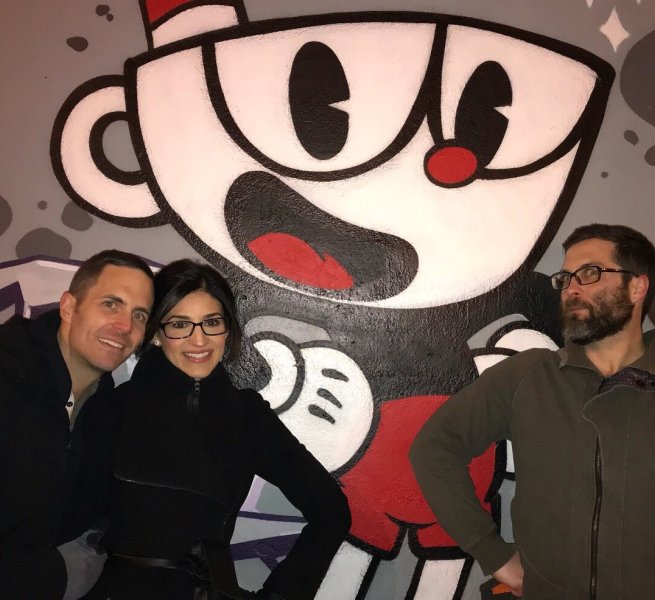 Above: Chad, Maja, and Jared pose in front of Cuphead graffiti in Montréal.

Spending more time with family was one of the things Chad Moldenhauer was looking forward to after Cuphead’s release. He and Maja have two children, both of whom were born during development.

Jared Moldenhauer, meanwhile, has been focusing on getting back to the basics. Luckily, his friends understood his prolonged absence and the intense years-long schedule he was working under.

“I’m still catching up on the actual necessities. … I’m still telling all my loans, ‘You’ll get money soon! Don’t worry, property tax — I intend to pay you!’” he said.

These days, the brothers are coordinating with the rest of the team on Cuphead updates while also trying to carve time for planning the company’s future. Perhaps the biggest change from development is their schedule: They have a regular eight-hour work day and actually take the weekends off.

“That’s the greatest thing for me, just living a normal life. And we still get to make games!” said Chad Moldenhauer.

But it might take a little while longer for that feeling of normalcy to return. Recently, Cuphead won big at The Game Awards in LA, beating out its competitors in the Best Independent Game, Best Debut Indie Game, and Best Art Direction categories. The latter seemed particularly special, as the Moldenhauer brothers received their coveted statue from Metal Gear creator Hideo Kojima and celebrated filmmaker Guillermo del Toro.

Cuphead is sure to snag a few more honors from gaming websites around the world as they tabulate their own game of the year awards. But that’s not all.

The morning after the ceremony, prime minister of Canada Justin Trudeau took to Twitter to personally congratulate StudioMDHR on their victories.

Cuphead is now available on Xbox One and PC.